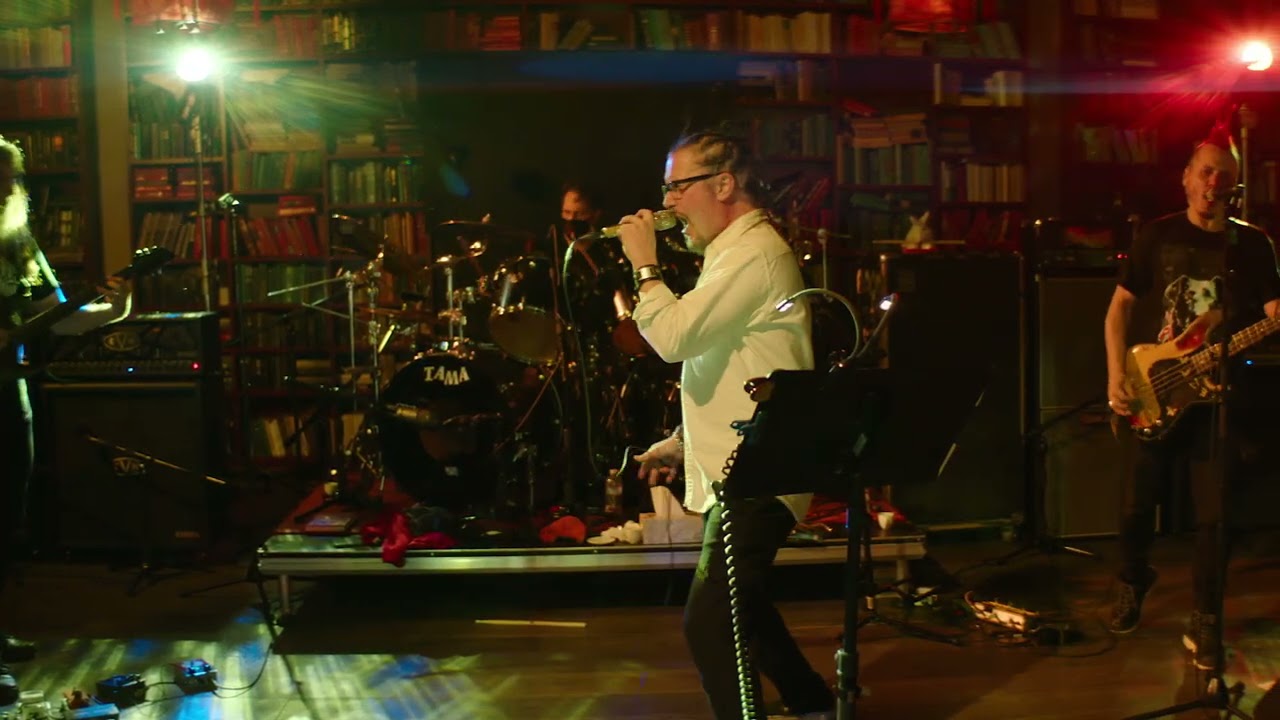 Mr. Bungle paid tribute to Van Halen with their thrashy cover of "Loss Of Control" during their Halloween 2020 livestream show The Night They Came Home. The full show comes out on June 11 as a live album of the same name, and you can check out the cover above.

“Mr. Bungle tried to play this song in the ’90s and we scrapped it because we sucked at it. I think it worked this time for a lot of reasons," said guitarist Trey Spruance. "My own is that, thanks to the new Raging Wrath era, I’ve had to re-approach the guitar like I did when I was 13 and 14. It was all about Eddie Van Halen for me back then, so circling back at this moment felt really natural. Those riffs and lead parts at least are super-fun! I’m just glad Scott took the palm-mute breaks. Jesus!”

The Night They Came Home was directed by Jack Bennett. The album will be available as a CD + Blu-Ray, CD + DVD, VHS, and digitally. The CD features remastered audio, while the film features Mr. Bungle’s performance, Neil Hamburger’s opening set, three official music videos for "Raping Your Mind", "Eracist", and "Sudden Death"), and extended behind-the-scenes footage. The VHS release, limited to 1,000 collectible copies, is an edited, performance-only portion of the film.

Pre-orders are available here. The track list for the show is as follows.