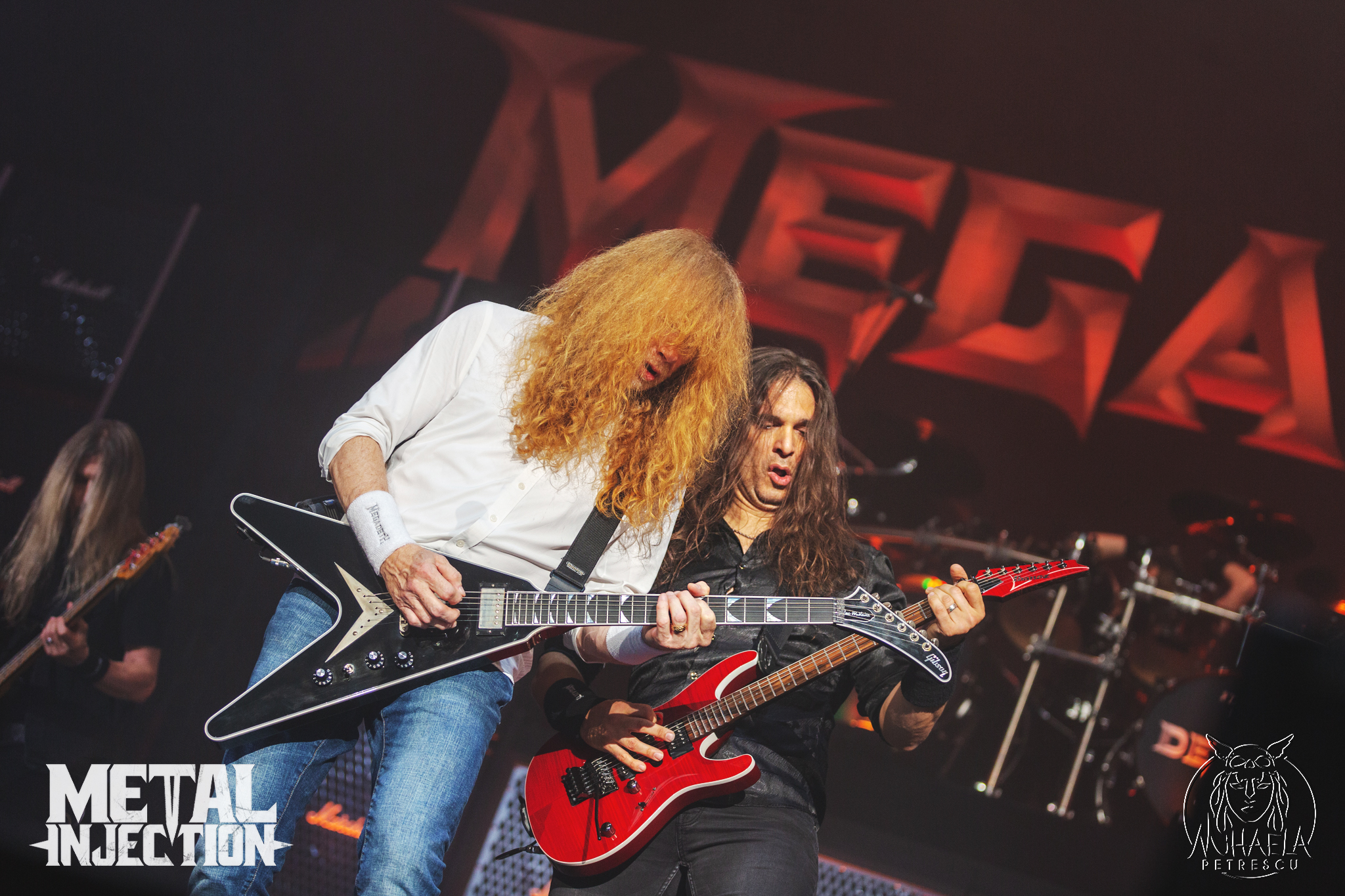 Megadeth has finally begun playing their new stuff live! The band premiered "We'll Be Back" for the first time on August 24 at FivePoint Amphitheatre in Irvine, CA and it sounded pretty excellent. Check out fan-filmed footage of the performance above.

When asked in a recent interview with 102.9 The Hog why Megadeth wasn't playing any of their new singles live, frontman Dave Mustaine responded "We are adding two songs to our set; we are adding 'Night Stalkers' and 'We'll Be Back'. Hopefully we'll be able to add 'Soldier On!' by then too. But a lot of that is dictated by the radio support and the listeners' tastes.

"When certain songs our fans like to hear, we'll add them into the setlist if we can. If there's a song that we're playing in the setlist and people aren't responding to it, well, obviously we're gonna do the opposite and take it out of the setlist. This is all part of the showbiz part. A lot of people don't care about that; they just wanna rock."