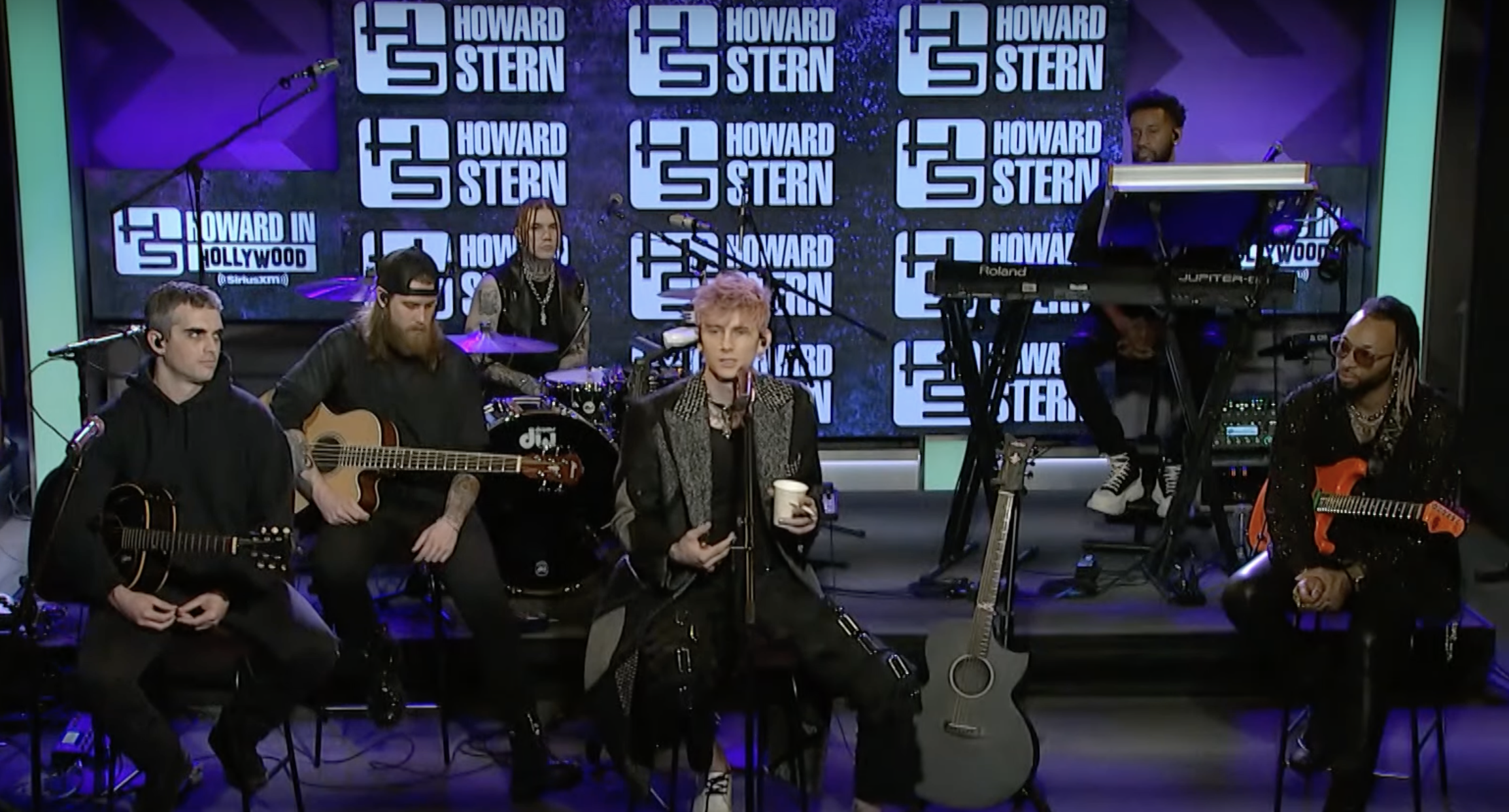 Machine Gun Kelly is now streaming his performance of System Of A Down's "Aerials" live on The Howard Stern Show. The song originally appeared on System Of A Down's classic 2001 album Toxicity, and you can watch Kelly do his own version above.

"I don’t know much about @machinegunkelly, it’s always an honor when someone covers your song, so I can’t hate the guy for giving it a shot," commented System Of A Down guitarist Daron Malakian on the cover.