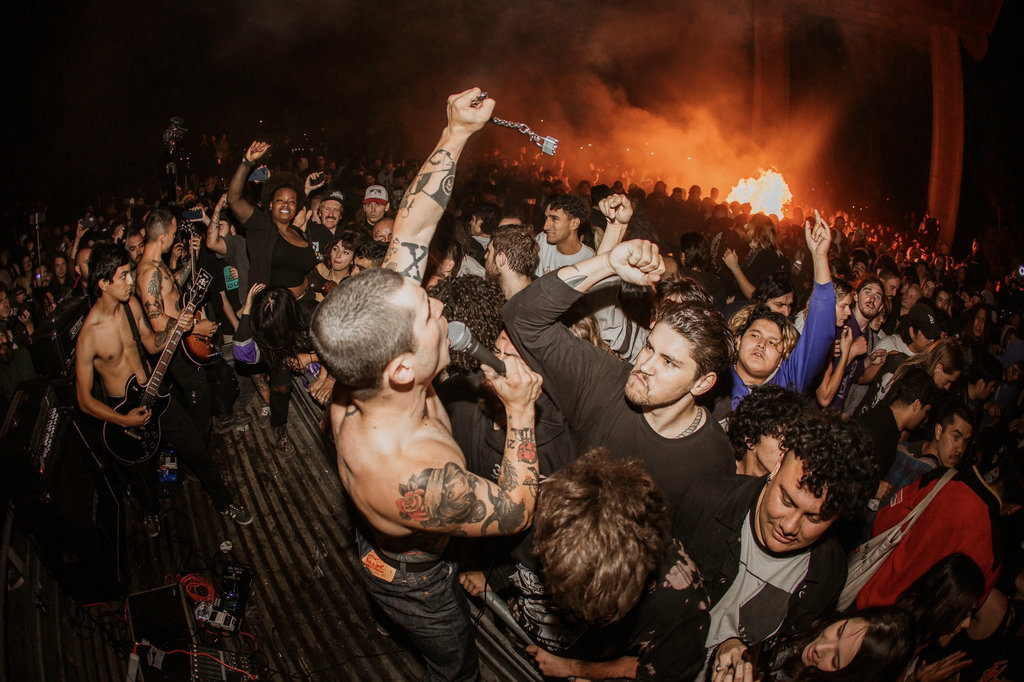 Shortlived but legendary hardcore band Gulch played their final show ever at the Sound And Fury festival in Los Angeles, CA over the weekend. The whole show was captured by StayThicc including the power getting cut right at the end of the band's set. Because I guess when it's your time to go, you don't really have a say in it… and that includes final performances. The set ran as follows:

In a 2020 interview with Bandcamp Daily, Gulch guitarist Cole Kakimoto said the band planned for their 2020 album Impenetrable Cerebral Fortress to be their final one. Gulch released a split with Sunami in 2021, and here we are – the end of the band. "We had a plan before this LP came out, and we may stick to it and we may not, but the plan was: come out with the LP, use that as a jump pad to go to the next level, then self-release an EP like a year later and then break up immediately," said Gulch. "It's hard to say whether or not we're going to stick to that, but Gulch can't be forever."

In this article: Gulch