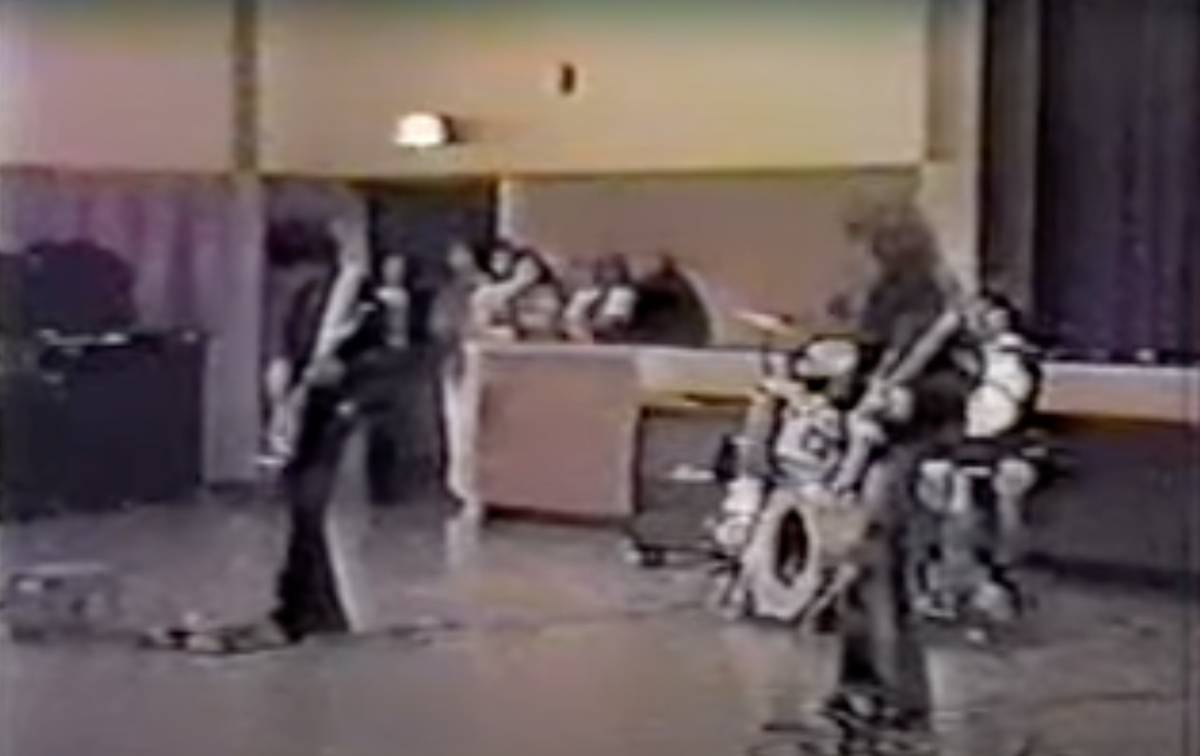 Before Cliff Burton joined Metallica in 1982 and Jim Martin joined Faith No More in 1983, both were in a band called Agents Of Misfortune (backed by drummer Dave Donato). Footage has surfaced of the band jamming quite a bit during the Hayward Area Recreation Department's Battle of the Bands in 1981, and surprise surprise – they sounded pretty great. Or at least as great as one can sound in fairly degraded VHS quality audio. But still, you get the point and you've heard what both Burton and Martin can do.

As for the performance itself, Martin elaborated in the 1994 book Faith No More: The Real Story as transcribed by Faith No More Followers.

"I got laid off from a job, so ended up just jamming with Cliff and Dave and drinking liquor; we never played for anyone much, we just did it for ourselves, for total fun. Then I started painting houses for money, but all of that stuff was to support my musical and drinking habits. Me, Dave and Cliff finally did a show together, in the Bay Area at a Battle Of The Bands thing, it was right around the time when Mötley Crüe were happening so the trend was huge hair, spandex, eyeliner, all that crap.

"So all the bands had that shit and there was us; three fuckin' slobs playing this rock music. They gave us 12 minutes to play a few songs and we just played the same one for 12 minutes. We threw things into a huge, vicious turmoil. We'd make recordings of jams like that, and to make up a set we'd just take various portions of jams and use 'em, it was a beautiful thing.

"A lot of my ideas came from, and still come from, those jam sessions. If I wanna write music these days, I'll go over and jam with Dave, record the whole thing and pick out certain riffs. I think Cliff did the same thing, he'd pick out sections he liked for his songs. There's some Metallica songs that were born from those jam sessions, such as 'For Whom The Bell Tolls' and obviously Faith No More songs such as 'Surprise! You're Dead'."