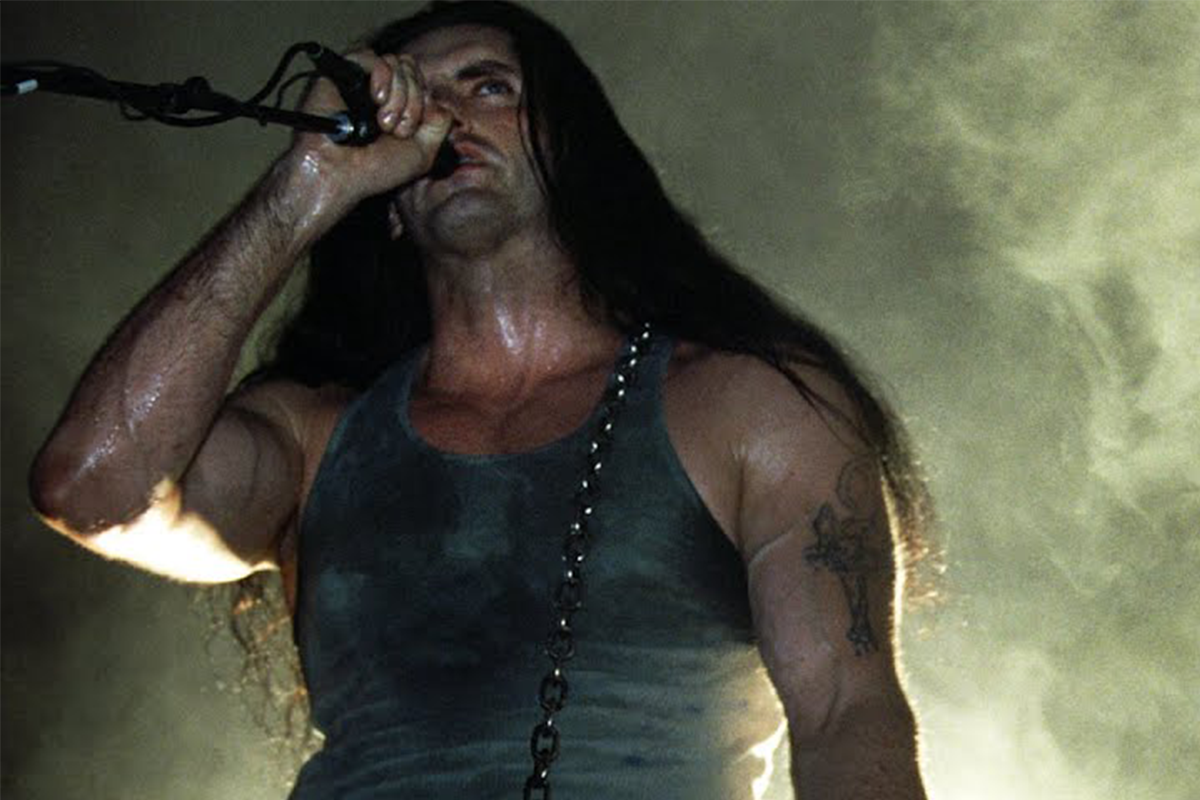 Type O Negative's 1998 DVD After Dark is currently streaming on YouTube. You can watch the full-length feature above. The video is introduced by drummer Johnny Kelly, wearing an amazing t-shirt that reads "Who the Fuck is Steve Zing?" and remarking that "I'm pretty sure some people were hurt and offended during the making of this video, and I hope you enjoy it."

Interspersed with the videos for "Black No. 1," "Christian Woman," and others is a bevy of live footage and the devilishly inane commentaries of what were easily the eternally drab Marx Brothers of Metal. Josh Silver’s deadpan replies to questions—everything from ludicrous race war innuendo to suggestive euthanasia—to him wiping his ass with yard scraps at a festival, illustrate just how far Type O Negative was willing to infuse irreverent comedy into their aesthetic.

"What do you think was the biggest challenge in recording this new album?” Silver is asked by a reporter.

“I had to be there the whole time," he tells her without batting an eyelash.

And how do they go about writing their songs?

“Usually, it’s an accident." Silver says. "I hit a few buttons; whatever comes up sounds pretty good. Peter says ‘Yeah, I don’t think you could do better.' So that’s about it.”

In the short film, Kelly somehow gets the honor of band historian, his interview segments filmed in an industrial section of Brooklyn, right near the clubs where the band got their start playing live. There he can be found ratcheting up more of the dark, dark comedy that ran through every facet of what Type O Negative projected.

“Brooklyn is definitely aesthetically challenged. It's not an exactly pretty place to live," Kelly says, smoking a cigarette and wearing a long black leather coat. "The band is trying to express things that in today's world, you know, being a man, you have a hard time letting out… and when you do, you're considered less of a man. It's not necessarily fair. It's just the way it goes."

All of which, of course, may draw more than a few eyerolls in today's day and age, and I’m sure it probably did back in ’98, too. But it’s until you realize that Kelly’s monologue is set to a soundtrack of Deliverance-esque banjos, and his stream of consciousness thoughts border on Airplane! slapstick, that it all becomes simply too stupid—and I mean that in the most endearing way possible—to take it at all seriously.

Naturally, the best moments are left for Type O frontman, the late Peter Steele, who delivers punchlines without missing a heartbeat.

"I am very happy right now." He says at one point.

“Because I know someday I will die”

Sure, it's a little grim, now knowing what the future would hold, but it's hard not to appreciate that band's willingness to make everyone and everything uncomfortable—to the delight of the fortunate few who got the running joke.

On a personal note, After Dark features footage from Type O’s support slot for Pantera in 1995, one of the most memorable shows I’ve ever seen. Type O closed their set with "Black No. 1," and Phil Anselmo leapt onstage from seemingly nowhere to deliver the final line:

And that was all it took to send thousands of kids in the pit of the Nassau Coliseum on Long Island completely, off-the-rails nutty. Those were good times, indeed. Thank goodness we have videos like these to stream which remind us of the memories!