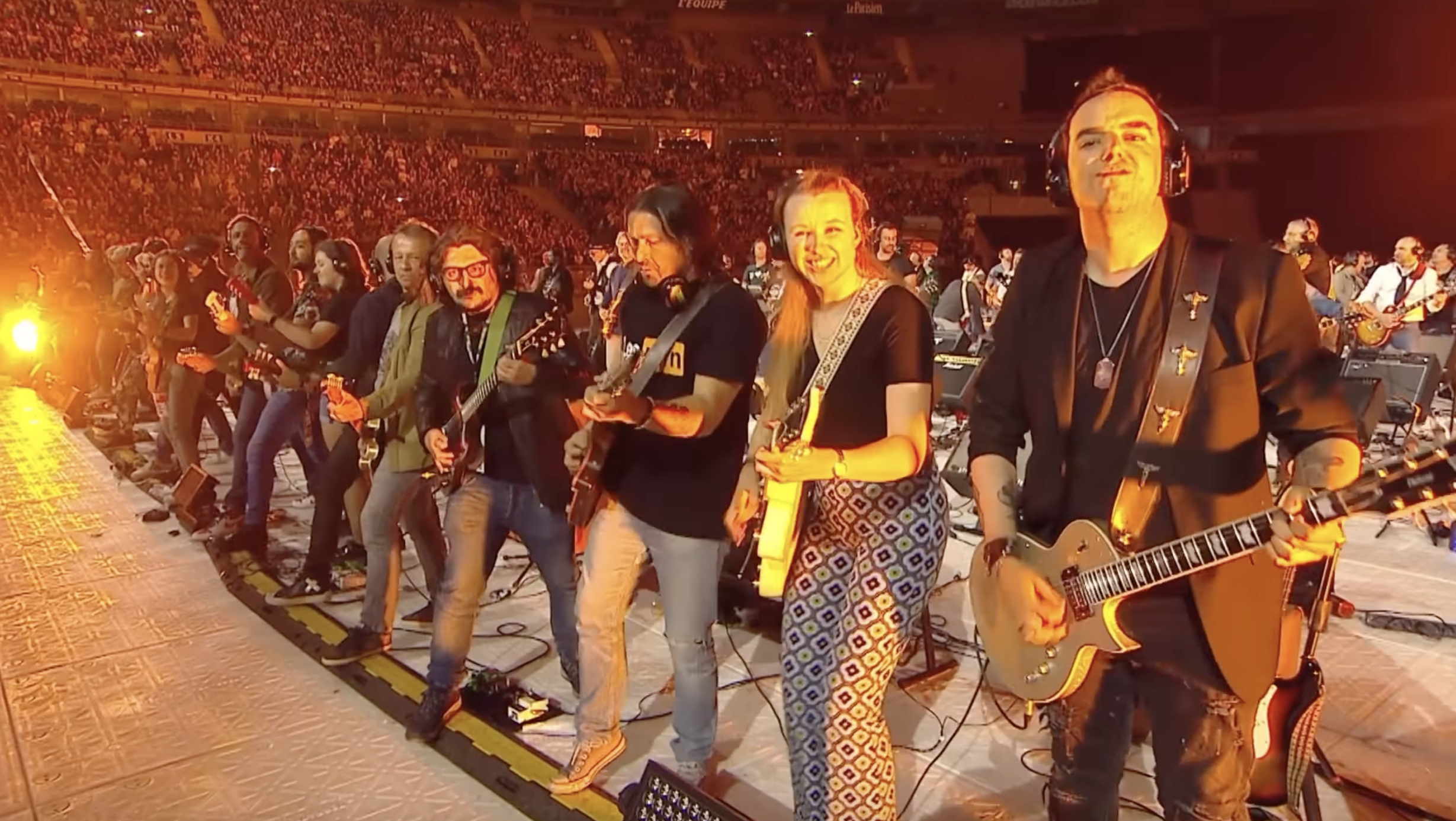 Guns N' Roses' Appetite for Destruction is a raw and rowdy album, stripped down like a classic blend of golden-era-Aerosmith and proto-punks The Stooges. Still, the classic track "Paradise City" has a decent amount of bells and whistles, from synthesizers to multi-tracked backing vocals. A crack shot band like Guns never had any problem with the song live—as evidenced here, here, and yet again here.

But, if you wanted to hear how "Paradise City" might sound in a layered context—as in, layered 1000 times—you are in luck. One thousand musicians from 25 different countries—known as Rockin' 1000—played the GNR classic, and it is surprisingly spot-on. You can watch the video above, which was recorded at the Stade De France in Paris as Rockin' 1000 celebrated their 8th birthday. Formed in 2014 and billed as "the biggest rock band on Earth." According to their website, "Rockin' 1000 is more than a band… It's a family, a community.

"Amateurs, professionals, volunteers, kids men, women, no matter their provenance, ethnicity, sexual orientation or social background, what matters is to play music and love each other. It's amazing to watch how many people are performing together in sync, just look at how many drum sets, keyboards and guitars there are. It's also great to see so many people having fun and rockin' out to the same classic song. [via Loudwire]

The group previously performed a tribute to Taylor Hawkins, performing a similar rendition of the Foo Fighters' classic, "My Hero." You can check out that video below.

"Street Of Dreams" has been absent for a long time.