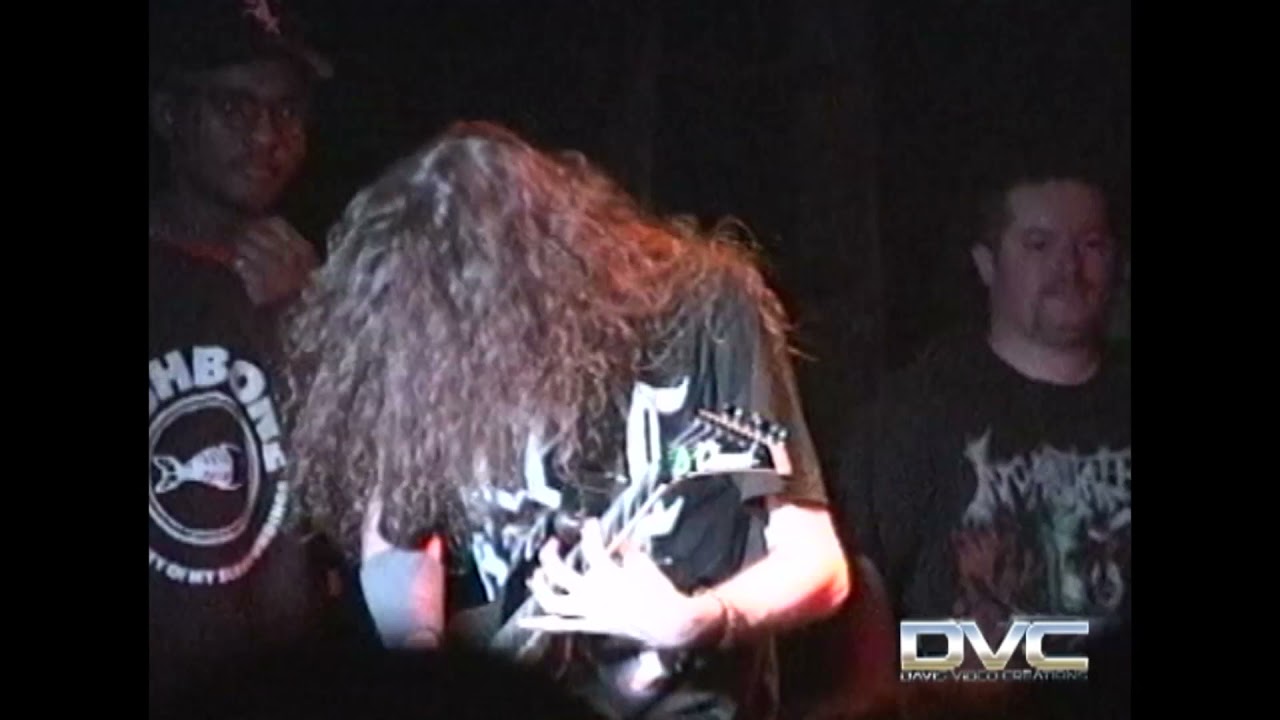 Cannibal Corpse, March 1993. The band had just released Tomb of the Mutilated about six months prior and, whether they knew it or not, had cemented themselves as one of the most important death metal bands of all time. You can now check out their four-song set from that period live at The Stone in San Francisco, CA with the following set list:

Special shout to to Jesse Davis of Davis Video Creations for this clip, which has only appeared as a small fragment on the Centuries of Torment DVD.

Cannibal Corpse will release their new album Violence Unimagined on April 16. It's their first new album with guitarist Erik Rutan (Hate Eternal, ex-Morbid Angel), and you can pre-order your copy here. You can also watch our exclusive interview with vocalist George "Corpsegrinder" Fisher here.