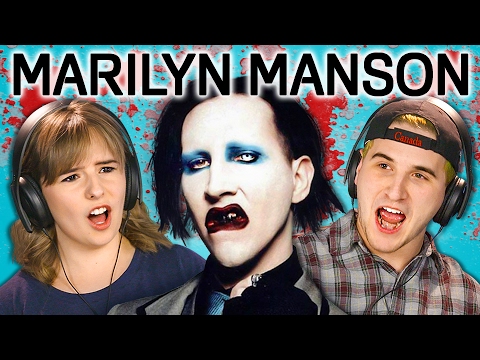 The moment it dawned on me during this video that when Marilyn Manson was just starting out these kids weren't even born is the moment I personally felt real old. I remember in the late 90s when Manson was the big shock rocker of the moment that critics compared him to Alice Cooper. At the time, teenage me saw Alice Cooper as kind of a joke, whereas Manson was the real deal. Watching this video, it was hilarious to see teens now reacting to Manson the same way I reacted to Cooper when I was a teen.

It's the circle of life, I guess. I much prefer when Kids Reacted to Metallica or Old People Listen to Slipknot.