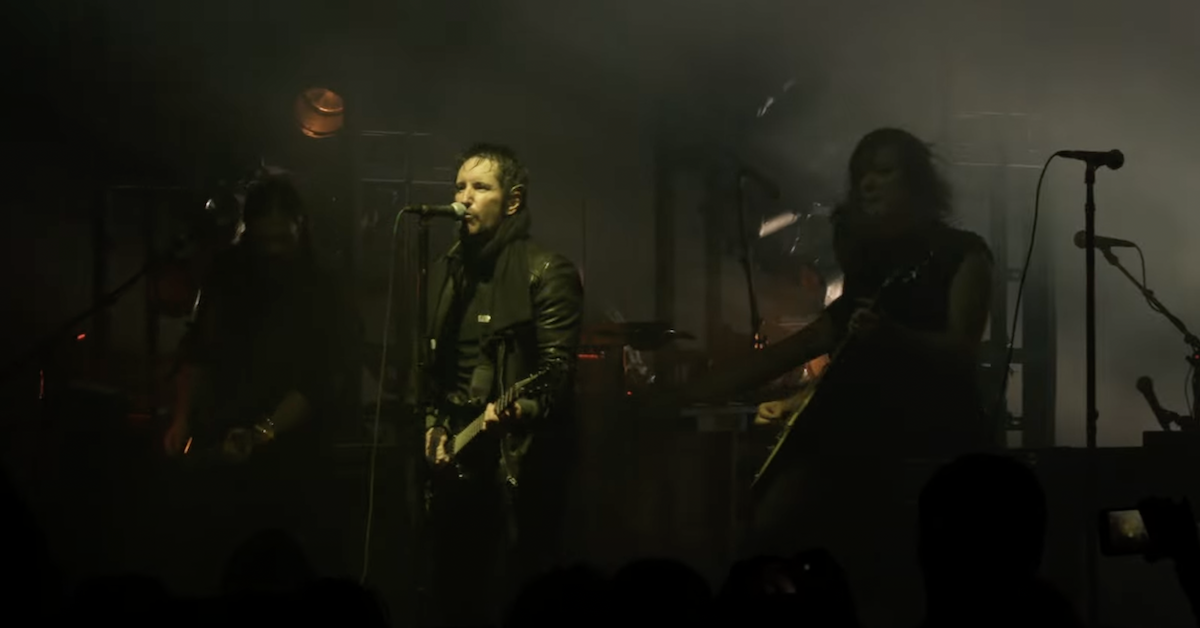 Nine Inch Nails reunited with former members guitarist Richard Patrick, bassist Danny Lohner, drummer Chris Vrenna, and keyboardist Charlie Clouser at the Blossom Music Center in Cuyahoga Falls, OH on September 24. The band ripped through a handful of classics and a cover of Richard Patrick's post-Nine Inch Nails band Filter's 1994 hit "Hey Man Nice Shot." Now the band has posted a pro-shot video for their performance of "Wish" which you can check out above.

The full setlist ran as follows: