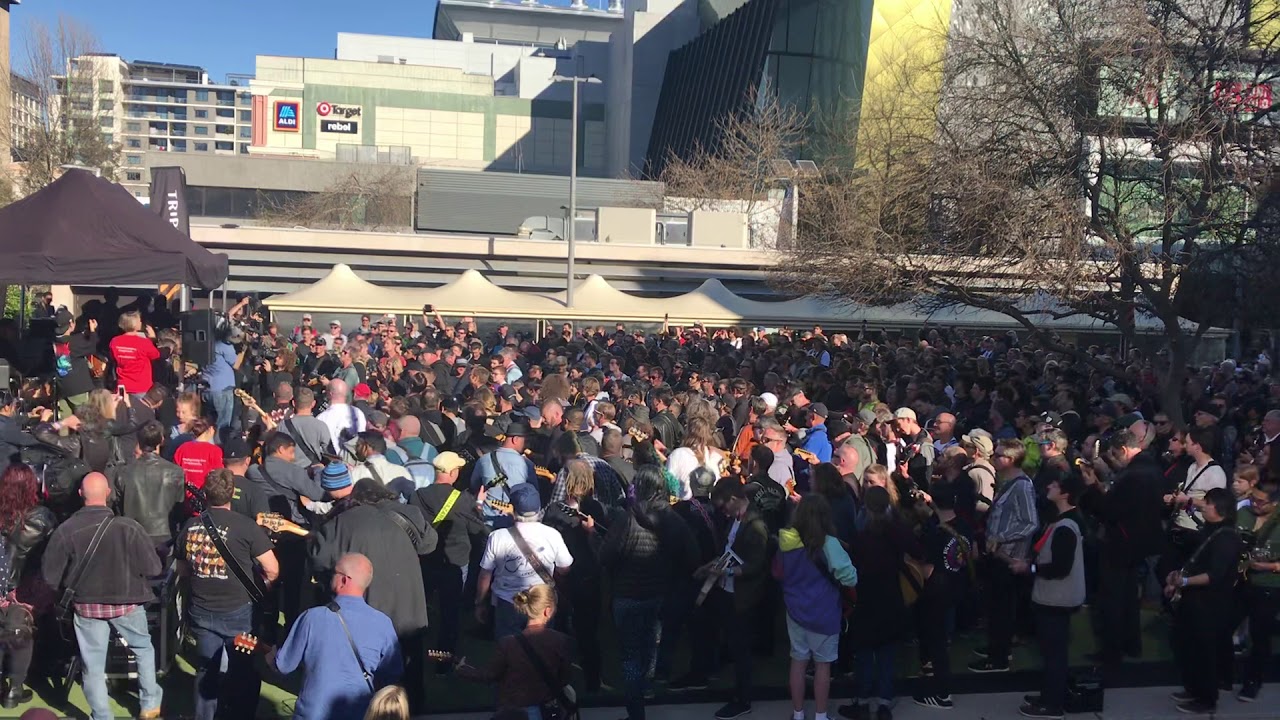 AC/DC might supposedly be in Vancouver working on a new album, but almost 500 Australians got together in their motherland to try to crack a Guinness World Record. The record was presently held by the 368 Indian guitarists who performed "Knockin' On Heaven's Door" and Music Feeds has more info on how this came about:

“The performance — led by Australian band The Choirboys — was powered by mini batter-powered amplifiers on each performer.

“’They were tiny amps but they got the sound happening,’ festival spokeswoman Tatiana Marchant told AAP. ‘It was such a great atmosphere.’

“Money raised through registrations for the record attempt will be going to the Australian Children’s Music Foundation.”

There is a six week verification period for Guinness to make their final decision. At least a ton of money was raised for charity.