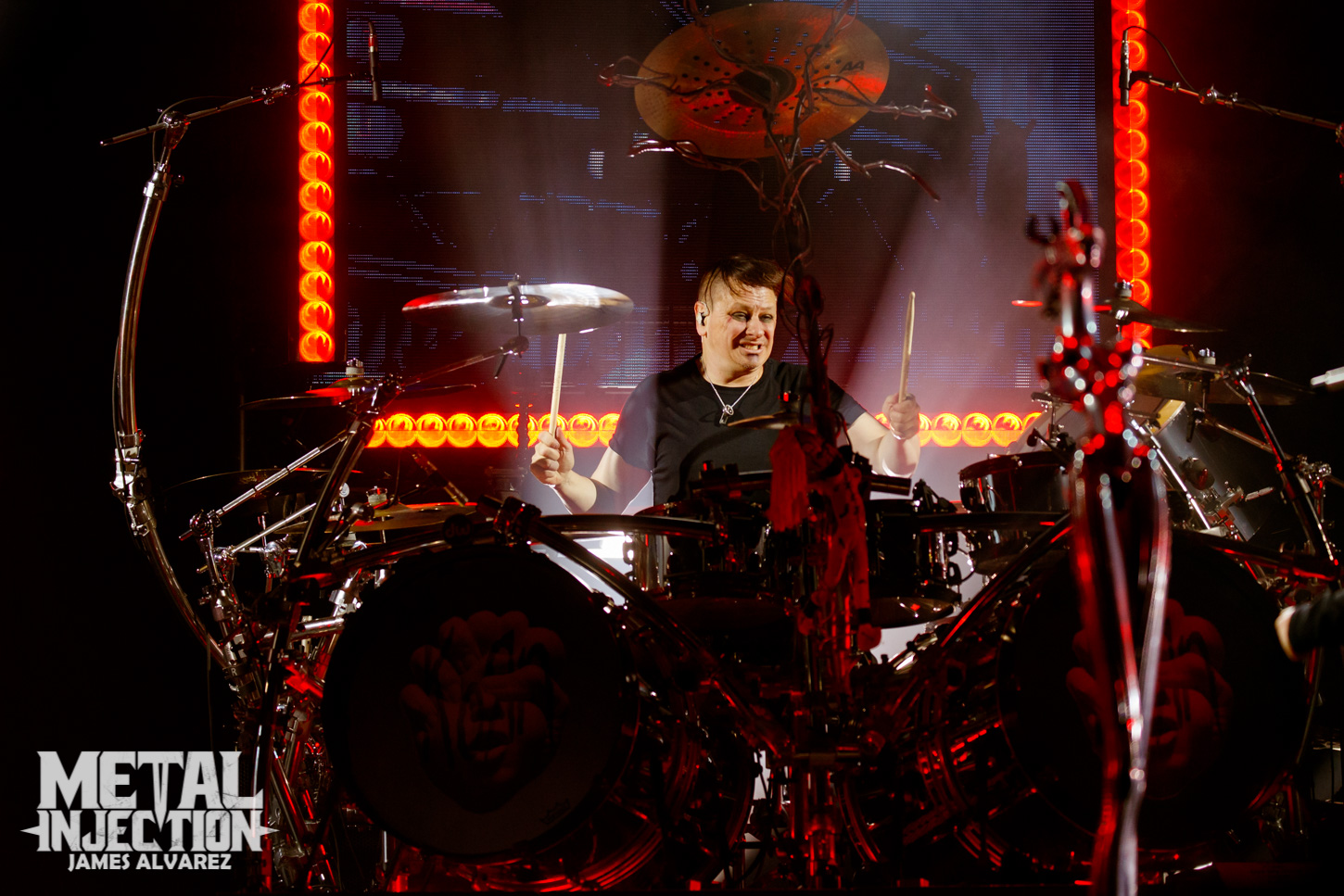 Korn drummer Ray Luzier recently unveiled a new project: a self-styled studio drum cam series which everyone should check out as soon as possible on Luzier’s YouTube channel. The current man behind the kit for the nü-metal masters performs a wide-range of songs that he’s been involved with during his extensive career. The clips are all shot with super-cool multi-angle camera work.

You can check out his clip of Korn's "Start the Healing" just above, and to catch some more of his videos, have a look below!

Recently, Luzier spoke about which songs from his time with Korn that he enjoys playing most. “I love play stuff off of Requiem. We opened the set on our last tour with 'Forgotten.' It was just so cool to watch the curtain drop, then have a brand-new song blast in everyone's face, that was a pretty great moment. I love 'Start The Healing.' Our new single – ‘Worst Is on Its Way' is one of my favorites. It's just classic Korn in there with the modern [vibe], it's really fun. But yeah, I love them all.”

For the old school Korn fans that go all the way back to the debut LP, Luzier had his shoutouts. "Of course, 'Blind' is one of the biggest classics to this day. It's a great song. I love some of the OG stuff like the like 'Good God,' 'Divines' and all those. We did a 20th anniversary of Follow The Leader, and it was awesome to play those songs, too."

In other Korn news, the band proved they are absolutely here stoke an ulcer in your stomach with their new hot sauce called Here To Slay. The hot sauce is named after the 2002 track "Here To Stay" from Untouchables, playing on the band's song titles much like another new Korn branding venture: frontman Jonathan Davis' recent venture into pet products.