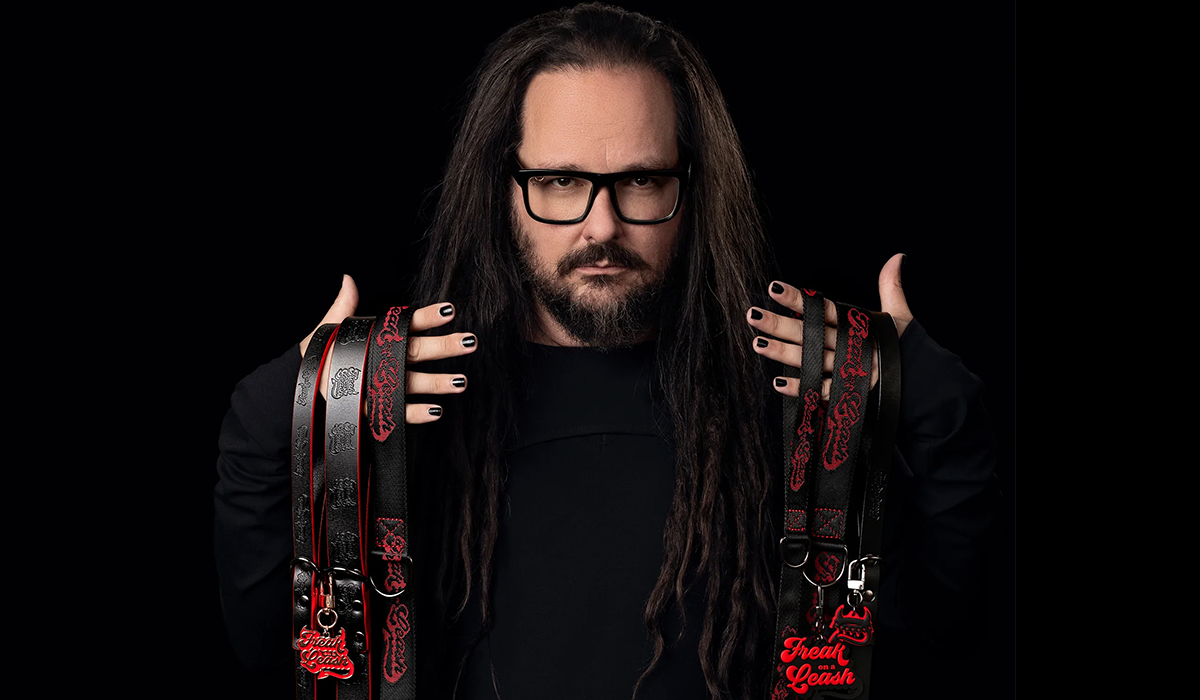 After some teasing earlier this year, Korn vocalist Jonathan Davis has officially launched his new pet brand Freak On A Leash. Freak On A Leash donates a portion of their proceeds to the Take Me Home organization, which "saves animals from death row, the streets, and unsafe living conditions, as well as providing free medical services including spay/neuter, vaccinations, and microchips to the animals of low-income families." The brand has also partnered with Pup Culture to feature a few of their available for adoption foster dogs. Read more about both organizations here.

The first offerings from the brand are available here, while Davis elaborated on his decision to start the company in an interview with Variety. First and foremost is that Davis reveals it never dawned on him to name a pet company after the Korn classic, and that the idea was all his girlfriend Bee's.

In the interview, Davis also reveals that he's actually severely asthmatic and allergic to dogs! Davis said he had two dogs that passed earlier this year, and that he's gotta use his inhaler quite a lot.

"Well, this was killing me earlier this year: We had a boxer lab named Kaos and a moyen poodle named Sheepy, and we lost them both, two months apart. Losing a pet hurts really bad, because they love you so unconditionally. It was very, very traumatic. And the kicker in all this is: I'm deathly allergic to dogs!

"Yes, I'm severely asthmatic, but I love them so much that I just deal. Occasionally I have to get my inhaler or my eyes are itching, but over time I get used to it and I can live with it. Anyway, I went on tour [earlier this year] and was really missing the animals. Bee said, 'We need a puppy' but I said, 'We've gotta be home so it's bonded to us.' So after the tour we found a place that had puppies and chose a Bantam poodle. His name is Dante and he's amazing — just a baby, so I'm really stoked. He brings so much life to the house — I just love the companionship with animals. I like them better than humans! (laughter)"

Check out Freak On A Leash here.