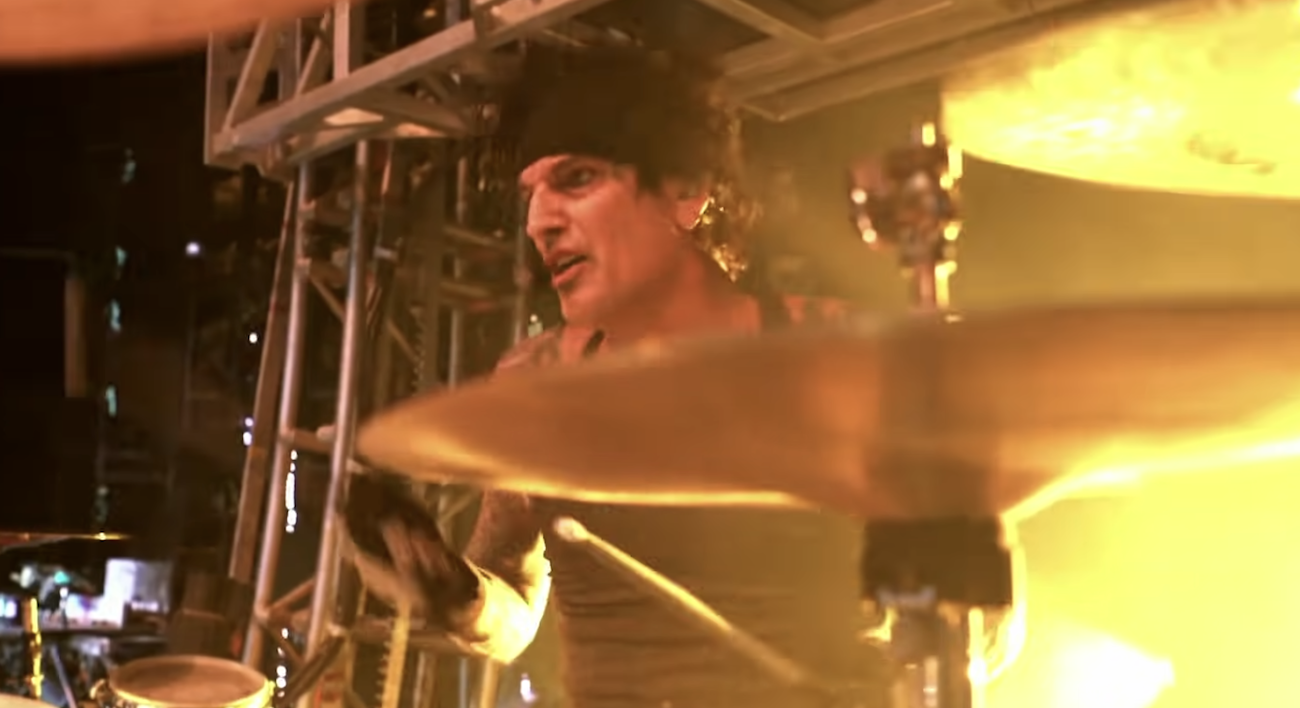 There are headlines circulating this morning about Mötley Crüe's performance in Kansas City on July 19, and how it seems like drummer Tommy Lee is using a drum backing track live. The source of the argument comes right at the start of the video when a hi-hat count off can be heard despite Lee still getting up behind his kit, which you can check out above. And to be fair – yes, there's a count off with no Lee behind the kit… but it's just a count off. You can clearly see Lee playing the rest of the song, and you can hear the tempo push and pull a little (even in the fills) throughout. Plus it makes sense to have an audible, pre-recorded count off for the whole band to come in on time at the start of the song, right?

Let's also not forget that Lee is doing an excellent job drumming lately despite breaking some ribs at the start of the tour. How, you might ask? According to Lee's wife Brittany Furlan, Lee fell down a few stairs as he was taking luggage down to the car at the end of a vacation.

"Everyone keeps asking how Tommy broke his ribs, so I'm just gonna tell you," said Furlan. "We were staying at an old rental house in Nashville — it was a cool, old quirky house. But the stairs outside were made out of stones, and they were really uneven, and the roots were pushing them up from the tree. And everything was fine. I actually fell up the stairs a few times getting groceries, but whatever."

"So, the day that we were leaving Nashville, our driver came and we had all this luggage and he wasn't helping us; he just stayed in the car. And so Tommy was trying to carry all of our luggage for us. And he fell down these crazy stairs and broke — broke — four ribs. Not fractured, not bruised — broke. And it was crazy, 'cause I came out and he couldn't breathe. It was really scary. He was on the ground [and] he was gasping for air. And he got on a plane that day still and went and did the rest of rehearsals [for the tour] in Pennsylvania. He went to the hospital in Pennsylvania when we landed and they were, like, 'You have four broken ribs.' And they wanted to keep him there, but they he did not wanna stay. And he's just a fighter. He's the toughest guy I know. I mean, look at all his tattoos; he just really fights through the pain. Anyway, that's what happened."

Mötley Crüe is now on their stadium tour with Def Leppard, Poison, and Joan Jett And The Blackhearts.