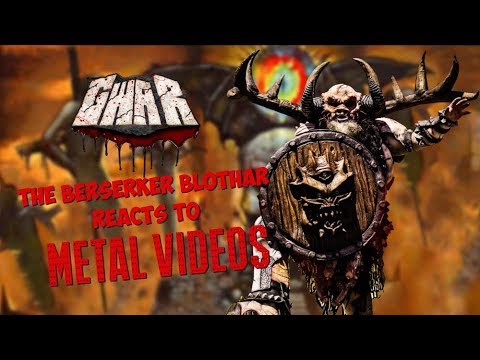 Gwar frontman Blöthar reacting to metal videos might seriously be one of the best things you'll see all week because every single thing he says is friggin' hilarious. MetalSucks showed him some videos and taped his reactions. To give you a brief overview of how he feels about things, I've compiled this short list.

So there you have it. Go buy Gwar's new album because it doesn't suck.

Motionless in White, We Came As Romans