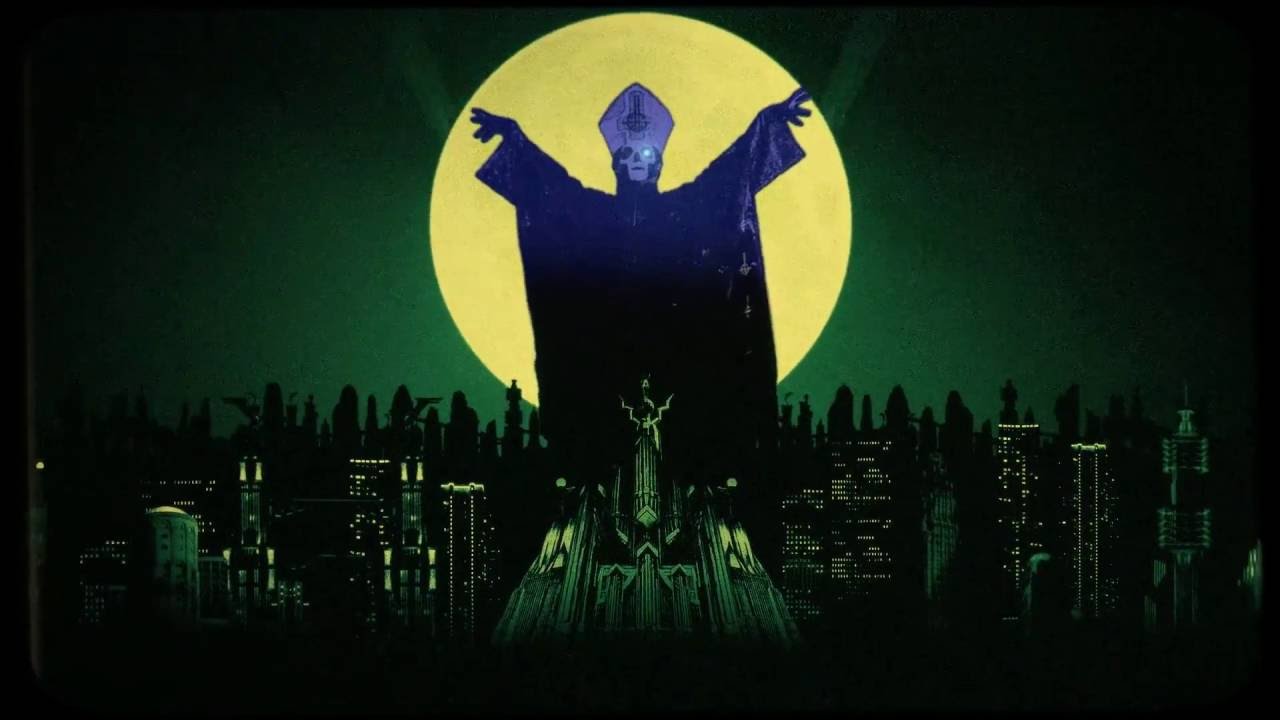 If you've ever sat through the 1921 film Doctor Caligari's Cabinet, or just looked it up after Portlandia based a hilarious sketch around it, then the film style of Ghost's video for "Square Hammer" should look familiar. Even if you haven't seen it, the video is still really well done and enticing, mainly because it's Ghost and they're not ones to half ass anything.

Popestar is out today, despite the band not having officially announced it until midnight, so grab that here!