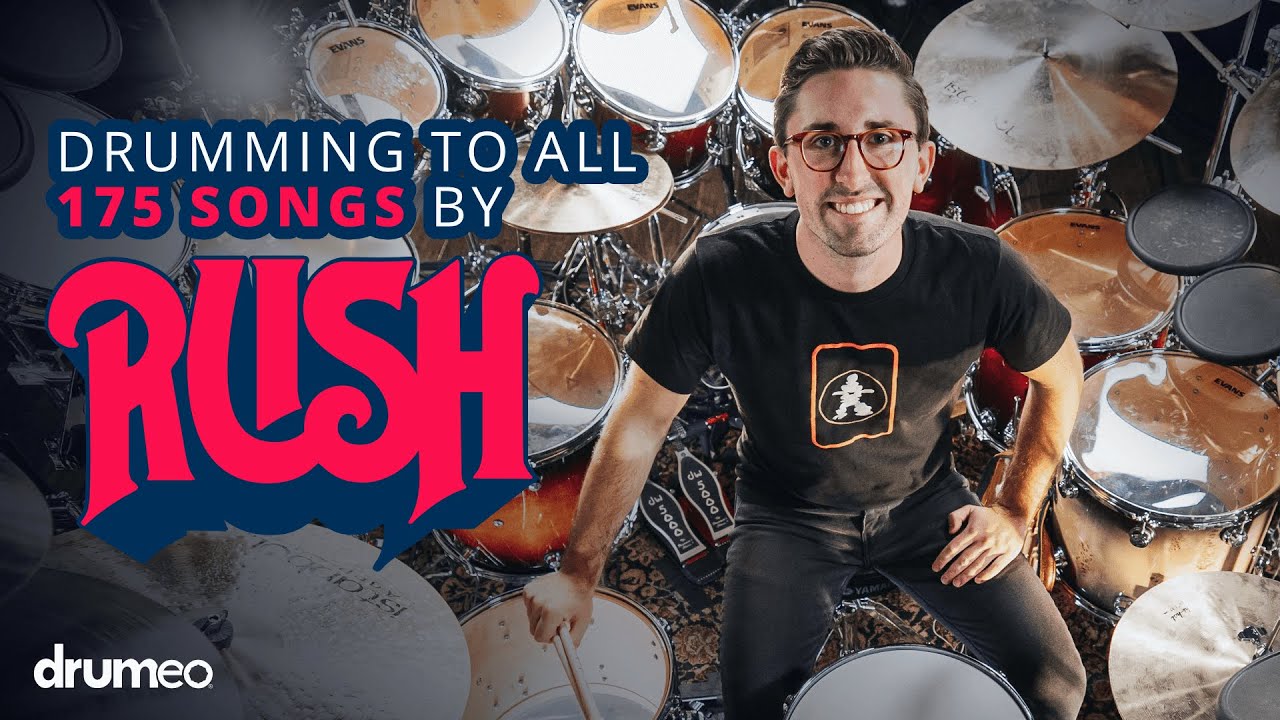 Drummer Brandon Toews decided that learning one Rush song wasn't hard enough, so he learned all 175 of 'em. Watch along as Toews pays tribute to the late and great John Rutsey and Neil Peart via a mega-medley of every Rush song ever over the course of 24 minutes. It's nothing short of jaw-droppingly impressive.

"It's hard to imagine that the world lost Neil Peart two years ago. We're grateful that his legacy will live on through his incredible work with Rush. So today – in the span of just 25 minutes – you're going to hear the best parts of every single Rush song ever, in chronological order.

"During the first half of their career, the band released one album almost every year – and even put out two releases in 1975!

"Brandon Toews is a huge Neil Peart fan, so as a tribute to The Professor, he put together this drum medley over the course of 10 weeks.

"He recorded full takes in their entirety (nope…we didn't just piece this together song by song) and used transcriptions available in DrumeoSONGS to learn the parts. You can find and learn Rush's full discography in the Drumeo members area!

"The setup Brandon used for this performance incorporates different elements from the drum kits Neil used over his 40 years with Rush. This includes the legendary tubular bells, gong drum, and electronic pads.