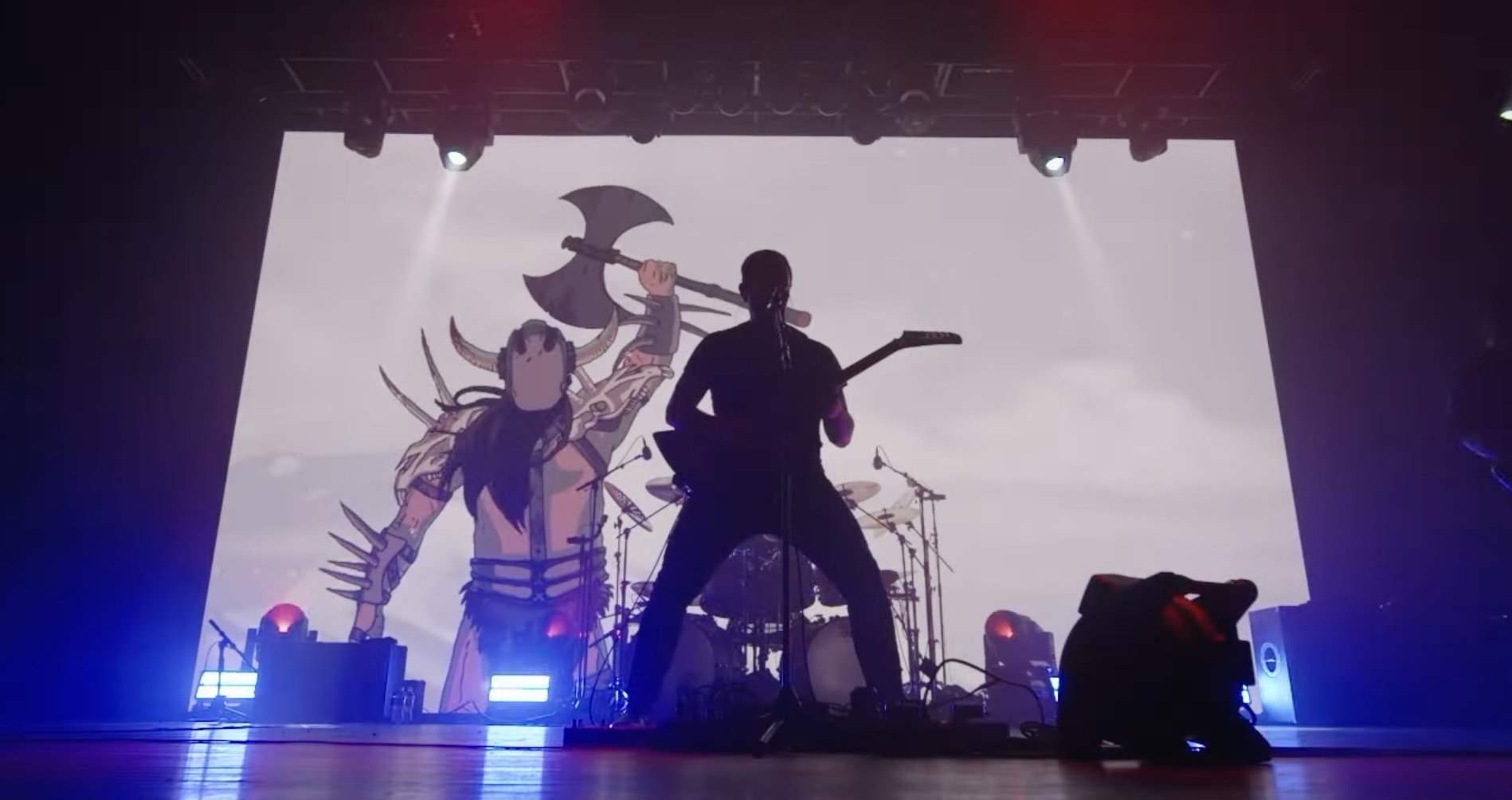 Dethklok played their first show in three years over the weekend at the Adult Swim Festival Block Party, and you can check out their performance of "Thunderhorse" above! Dethklok's current live lineup is Metalocalypse mastermind and Dethklok frontman Brendon Small alongside Gene Hoglan (Dark Angel, ex-Death, ex-Strapping Young Lad, etc.) on drums, guitarist Nili Brosh (Tony MacAlpine), and Pete Griffin (ex–3 Inches of Blood) on bass.

Small recently revealed in an interview with Sara Parker of 93.3 WMMR that he's "knee deep" in writing the finale of Metalocalypse, but can't say too much about it. "I can tell you… what has already been released, which is that we are making a feature Metalocalypse movie, and that's what we're in production on right now," he said. "So we're right in the middle of making the movie, so all the questions that were still lingering after The Doomstar Requiem — a one-hour long rock opera special — are being answered… I don't wanna say too much about it, but it's a very big project. We're all excited to be knee deep in it right now."

Small's studio in Los Angeles was also robbed last week. Small took to social media to ask fans for help and gave a list of the gear that was stolen. You can get all the pertinent information about the theft here.

In this article: dethklok 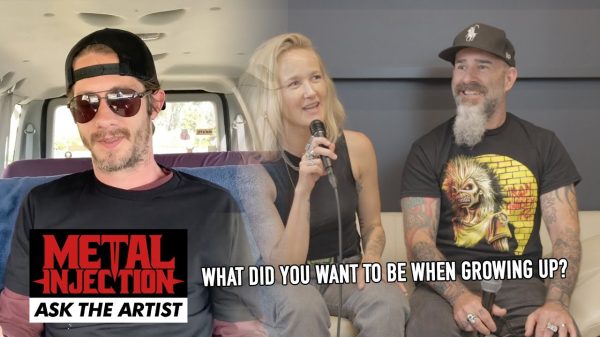