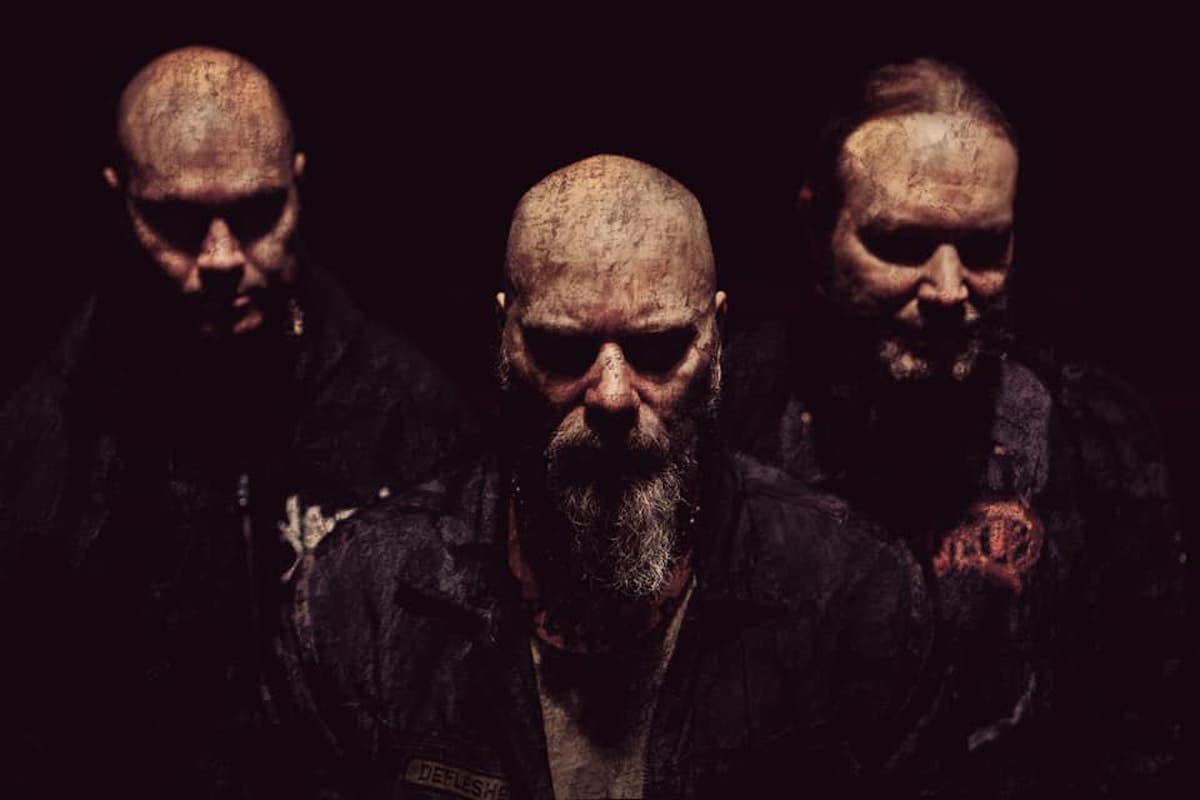 Swedish death metal act Defleshed reformed in 2021 and is finally back with some crushing new music! Defleshed is now streaming their new single "Grind Over Matter" from their first new album in 17 years of the same name.

"We're excited to present the first song off our first album in 17 years – 'Grind over Matter'!" said vocalist and bassist Gustaf Jorde. "Together with Lawrence Mackrory we've worked hard to produce an audial bitch slap for all of us who need one from time to time. Enjoy the madness – fast forward to the front!"

Grind Over Matter was tracked at Rorysound Studios in Uppsala with Lawrence Mackrory, though Jorde notes that it was a little difficult not to go nuts with new ideas at the studio. "It was pretty straightforward, the hardest part was to not get carried away by impulsive ideas too much, but stay put to the original plan," he adds.

On the topic of reforming after breaking up in 2005, Jorde adds the band is pretty stoked to be back. "Definitely hotter than 17 years ago, as we then disbanded for the opposite reason. But everyone has their lives and obligations so the band can only be a part-time thing – and the good thing with that is that on those occasions everyone is inspired." Unfortunately there aren't any plans for Defleshed to hit the road just yet, but who knows what the future holds?

Grind Over Matter is out October 28. Pre-orders are available here. Funnily enough, Jorde notes that Grind Over Matter was originally intended only to be a few songs for a vinyl box set… and then they just kept going. "We just wanted to record a couple of songs to include in a vinyl box set. The songs turned out good and the process was satisfying so we decided to have a go on a full-length."