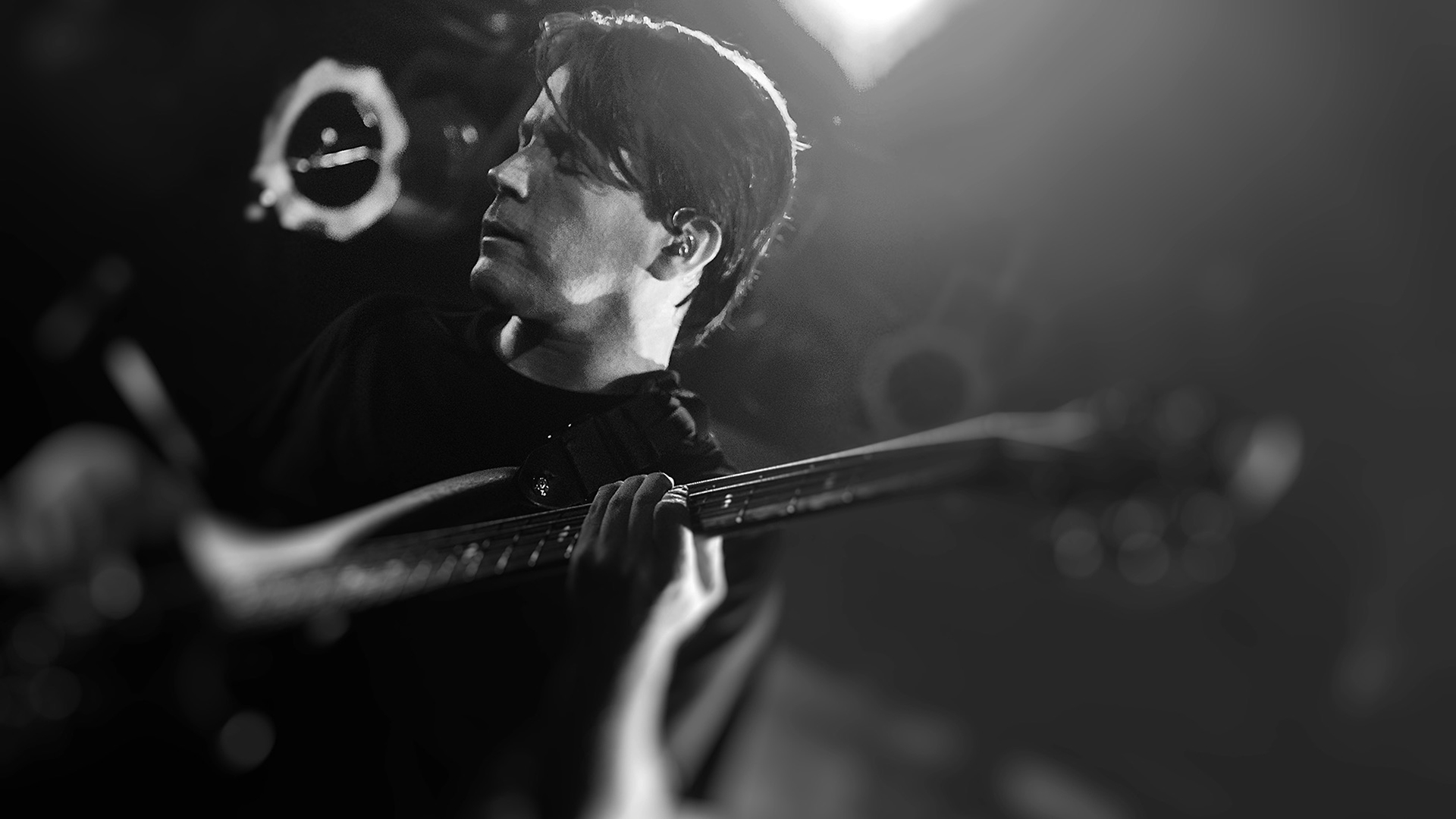 Cynic is now streaming a never-before-heard recorded performance of the song "Integral" as a tribute to the late and great bassist Sean Malone. Malone died on December 7, 2020, and you can watch the touching tribute above.

Guitarist and vocalist Paul Masvidal also had the following to say regarding Malone's legacy and his passing, which unfortunately was a suicide.

"Since my friend and Cynic bandmate Sean Malone's passing in late 2020, many people have publicly speculated about, and privately reached out to me regarding, the circumstances of his death. I have kept my silence as I have worked through my grief and out of respect for Malone's privacy. Questions and rumors have persisted, so I want to share what I can with the many fans whose lives he touched so deeply and who are seeking closure.

"On December 7, 2020, Malone was found dead by suicide in Largo, Florida, where his mother had lived. She had been ailing for some time before her death in 2018; Malone had been her sole caregiver during her difficult final year. Then, in January 2020, we suddenly lost our bandmate Sean Reinert. Combined with his mother's loss, it was an emotional double whammy that hit Malone hard.

"After his mother’s death, we spoke often, having long chats about grief, loss, and the future of Cynic. I urged Sean to move out to California and live with me so he could get back on his feet and start fresh, and he did. I noticed a newfound vigor in Malone I hadn't seen before. He was excited to be in the world again, we were working on new music, and he even began teaching bass privately. Then came the pandemic. Everything shut down and so did Malone. His pain and suffering re-emerged and his light began to dim.

"Matters took an unexpected turn. Late one early summer night, he disappeared. I called him, left messages, texted, emailed, contacted missing persons and everyone we had in common, but no one had heard anything. There was no response. He quit the world. My hope that he was regrouping in private and would turn up safely turned to heartache on December 7th.

"As I share this sad news about his death, I want to celebrate his life by sharing one of his most beautiful and lyrical moments ever recorded, and one which his fans have not yet heard. A few years after the release of Cynic's Re-Traced EP, Sean Malone recorded fretless bass on this solo guitar and vocal track titled 'Integral.' Here's a video celebrating his playing, and a full transcription in his honor along with the song file for download.

"I am grateful to be able to share this video with you now, and I will share details about new music in the coming weeks. Please celebrate the genius and transcendent talent that was Sean Malone. Read more about his fascinating life, unique passions and accomplishments at his Wikipedia page.

"As an act of support, and in honor of Suicide Prevention Awareness Month, I invite you to donate as you wish for the 'Integral' song download which comes with a guitar/bass transcription of the song and an instrumental (no bass mix) for fellow musicians to play along with. 50 percent of proceeds will be shared with suicide prevention organizations To Write Love On Her Arms (TWLOHA), and The Trevor Project. The remaining will go towards funding a documentary about the lives and artistry of Malone and Reinert.

"With love and courage, Paul Masvidal"

The above version of "Integral" is available here. Half the proceeds will be shared with suicide prevention organizations To Write Love On Her Arms and The Trevor Project.