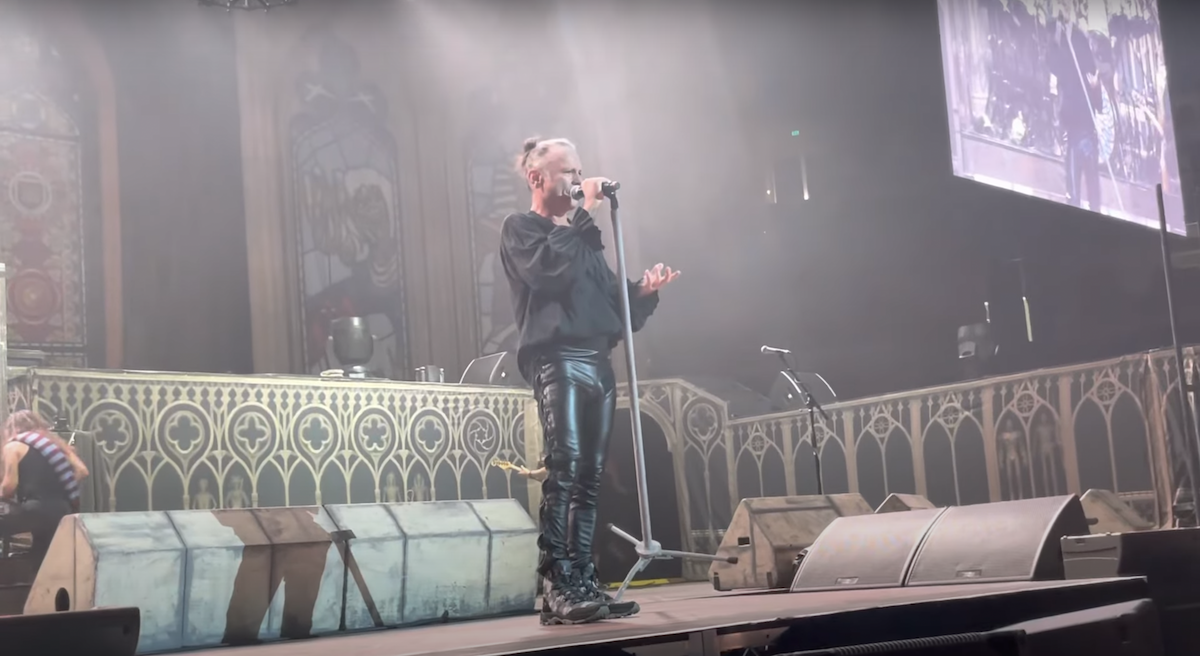 Clearly there's something about Anaheim, CA and Iron Maiden that don't mix. The band's show on September 22 saw a fan get on stage for way too long before getting tossed by vocalist Bruce Dickinson, and now footage has surfaced of Dickinson taking some fans to task for smoking weed in the front row the night before. During a break between songs, Dickinson gave fans a stern talking to about their smoking habits, saying it's affecting both him and bassist Steve Harris.

"I don't know what it is," said Dickinson as transcribed by Metal Injection. "There's so many fucking people smoking so much fucking dope down here, I'm amazed you can even see. Poor old Steve. I don't know if you know, but he absolutely fucking hates marijuana and the smell of it, alright? So when he's trying to play bass, it fucks him up. It fucks me up. I'm a singer, alright? So duh. I would just ask for a tiny bit of respect – if you want to go get completely stoned out of your fucking mind, go out the back and do it. Alright? Otherwise you're going to end up like this fucking knucklehead here going 'uhhhh.'"

Iron Maiden recently announced their Future Past Tour for June and July 2023, which focuses on the band's most recent album Senjutsu and 1986 record Somewhere In Time.