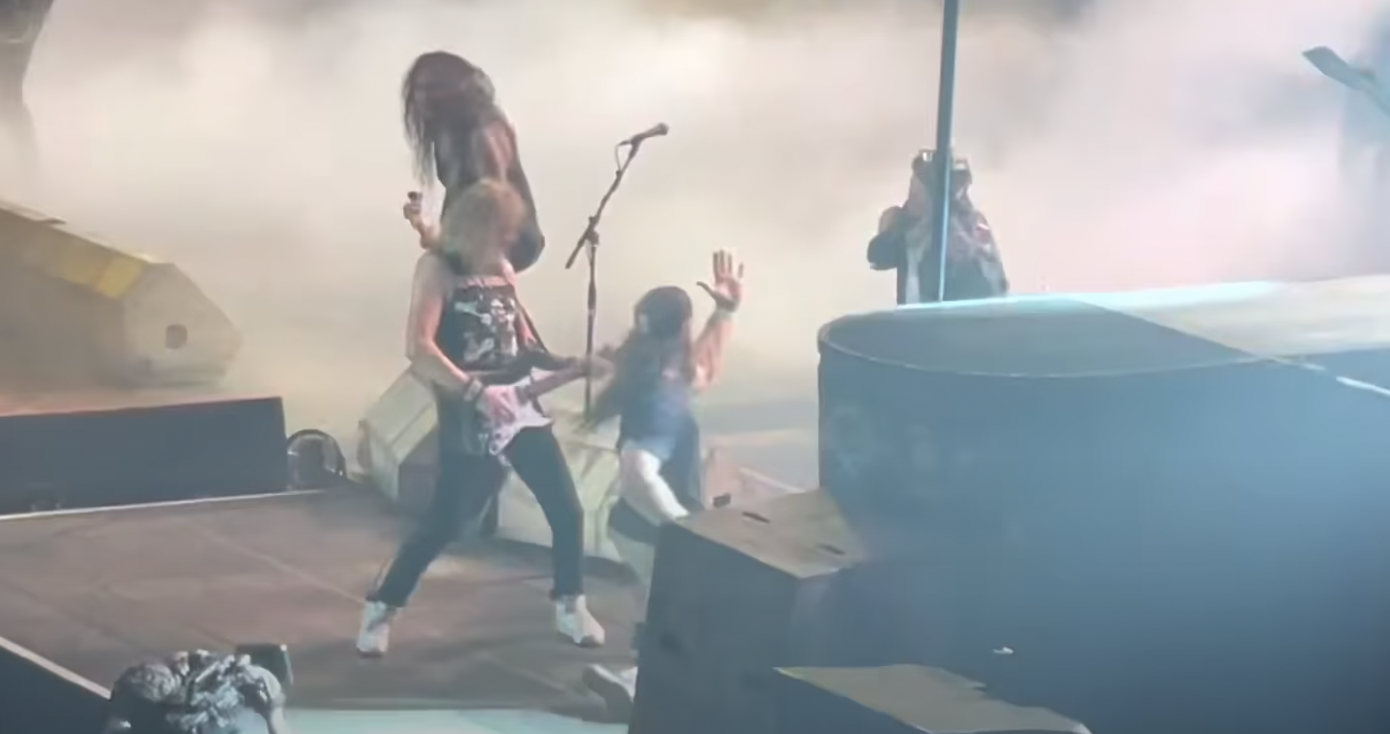 Why people do this shit is beyond me, but here's what happened. Iron Maiden was closing out their show on September 22 at the Honda Center in Anaheim, CA with the classic "Aces High." Somehow a fan got onto the stage (about 50 seconds in) and decided to bow before guitarist Janick Gers, who looks none-too-thrilled and waves for security. Vocalist Bruce Dickinson then seems to catch wind of what was happening and walks over while still singing, only to be greeted by the fan who appears to try shake his hand. Dickinson also tries to wave over security, doesn't catch their attention in time, and eventually decides to forcefully eject the fan off to the side of the stage.

Someone really should've informed whoever that person was that everyone in the crowd paid to see Iron Maiden, and not some jackass running onto the stage and causing a scene. It's also a little unsettling that the fan not only got on stage with the band, but stayed there for a very long time. Fortunately they didn't seem to have any ill intentions, but y'know – what if? Or what if what happened to Tom Morello happened to one of the dudes in Iron Maiden? Not cool at all.

Anyway, don't be an asshole at shows. Thanks.