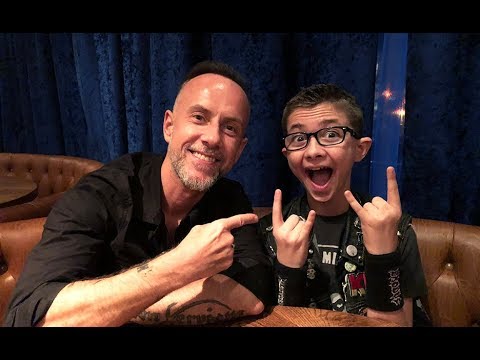 Our favorite roving teen reporter, Elliot Fullam is back with another interview – this time with Behemoth's Nergal, who revealed that he would love to make this black metal album with Halford happen. You might recall, the two metal titans, along with Emperor's Ihsahn have discussed collaborating in the past.

Nergal tells Elliot that even if he was on tour with Metallica, he would drop everything to work with Halford:

"I'm just waiting for his call. I mean, if he says 'hey I'm ready', if we're touring with Slayer again or Metallica, I have to drop that tour and to just fucking run to Phoenix or wherever Rob is living and fucking work my ass off to bring the best song I can afford so he can sing there. And I'm trying to sound funny but the truth is that we would love to do some music and we'd love for Rob Halford to do some vocals over it. That'd be… that'd be beyond cool."

When asked if Nergal has ever met Rob, he said yes and mentioned that he is "one of the most humble human beings ya know, you'll meet, ever… is him. And, like, considering his status, who he is, what he did to the genre, to heavy metal… it only makes you even a bigger fan of that person."

Here are some more of Elliot's recent interviews: