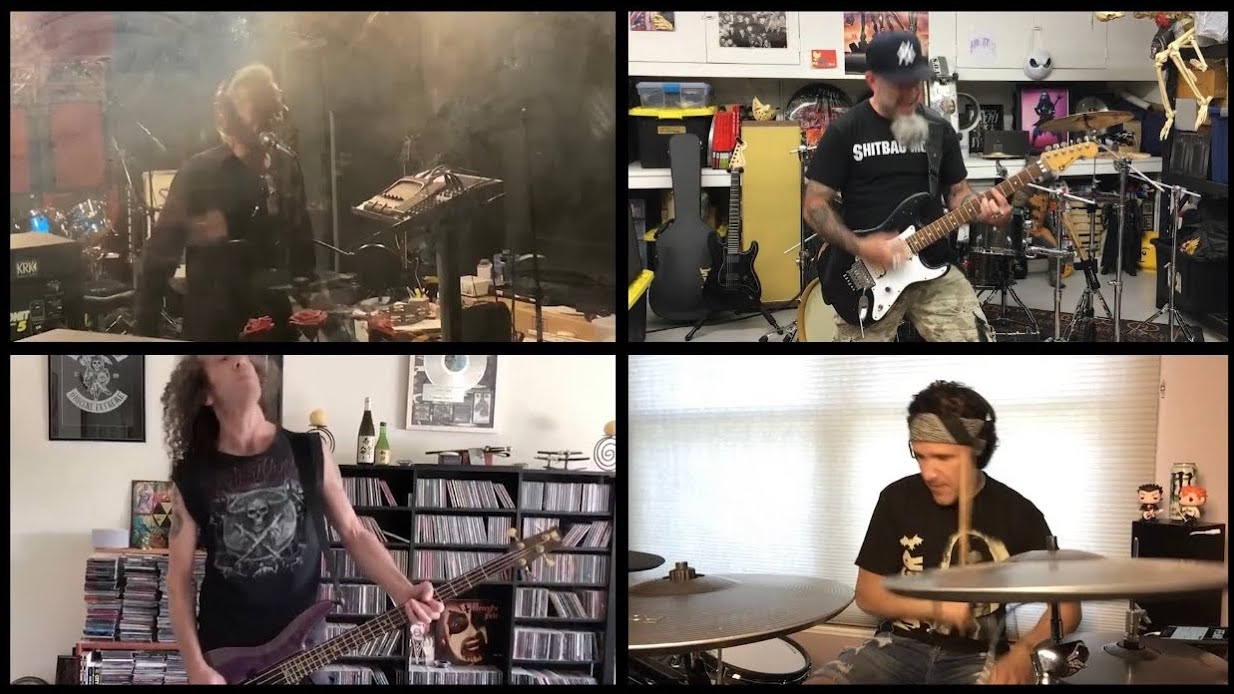 Anthrax drummer Charlie Benante and guitarist Scott Ian, ex-Anthrax bassist Dan Lilker, and Fear vocalist Lee Ving have all teamed up for a quarantine cover of Fear's "I Don't Care About You." Which Benante said all started with an Instagram message.

"How the hell did you guys hook up with Lee Ving???" said Benante. "He’s a fucking legend! We will surely be asked that question too many times to answer over the rest of our lives so…

"He DM’d Scott on Instagram. Yep, sometimes social media is awesome. First off, the fact that Lee was even paying attention to our Instajams blows my mind. And then he hit Scott up and asked if we could do something together. Could we? Holy shit yes we can! Scott couldn’t text Me and Danny fast enough and we felt the same as He did. We are all such huge fans of Lee and Fear."

"The Record, Fear’s debut album was such a direct influence on S.O.D. They were hard as hell and twice as tight. I used to watch their performances in Decline of the Western Civilization over and over, marveling in their ability to not give a fuck. When scott started drawing the S.O.D. comic strips in 1984 Sgt. D was basically a zombie Lee. For us they were inspiration and our aspiration. We even covered I Love Livin’ In The City live to fill out our set (S.E.O.D. was only 28 minutes long).

"I replied, 'I Don’t Care About You' to Scott’s query about doing a track with Lee and Danny and I were in. Lee was just as excited about doing this as we were. Turns out he’s a Fan! Have fun watching/listening my friends, we did! Thank you Lee! Thank you to Andy Lagis and Dima Levanchuk for the mix and Vid edit."