It is not a good week, my friends. Not a good week at all. At first glance, I noticed that there were hardly any releases whatsoever; upon further inspection, I realized that only one of them was even remotely metal. I was faced with a moral dilemma: forfeit the column entirely, or dive into the monstrous and unforgiving abyss of non-metal. I chose the latter, and in retrospect I regret it more than I can ever express. In other words, I don't have a nice thing to say about anyone this week. So take a look if you dare; here are all the new releases for 8/21:

All kidding aside, I'm only reviewing this because the band name intrigues me. Is it a jab at atheists? Are atheists "gay"? Is it a Republican's worst nightmare come to life – a gay atheist? Or even worse; a gay theist!? There are mysteries abound here, and I will get to the bottom of them; but really, no discussion of Gaytheist's music should ever be undertaken with more seriousness than I've given to the above questions. This type of face-palm inducing, laugh-in-spite-of-yourself humor permeates the entire record; from the album name (get it, Stealth Beats, kind of like the opposite of blast beats), to songs like "Can't Go To Mecca (Favorite Show Is On)", to the actual music itself; this band BEGS to not be taken seriously. Request granted. The tunes are short and unmemorable, the gimmick gets old fast, and the purposefully quirky combination of genres does nothing but push me towards self-harm. There is obviously a punk-inspired social consciousness that runs throughout the album here; a type of "the world is fucked and there's nothing we can do about it" commentary that attempts to elevate the tired combination of pop-punk musical phrasings and sludge metal production values, but it is to no avail. Still, if you're a fan of what a band like Torche did earlier this year on Harmonicraft (but thought it needed to be a little more hardcore), then you may want to check this out.

This is just the absolute worst kind of shit. And when I say the absolute worst, I mean the absolute worst; I mean the early 2000's, I mean Disturbed and Alien Ant Farm and P.O.D and the wave of generic pop-rock bands masquerading as metal bands that followed; I mean a bunch of grown men dressing in suits (modified with spikes and blood and Vans sneakers accordingly) and wearing eyeliner because it's anti-establishment, and because they're all like, dark and eccentric and misunderstood and stuff. I mean the type of band that would put a "heavy" cover of "Every Breath You Take" on their debut record (this isn't a hypothetical, they really did). Do I need to go on? No. But I will. Their website boasts an interview with Vampirefreaks.com and a track premiere on AOL.com. Just take me straight back to 2005. The music here is insipid and juvenile to an ineffable degree; down-tuned guitars make their way through the most generic riffs imaginable, faux-emotional vocals whine relentlessly over the top. Guitar solos sound like they were played by a 13-year-old practicing Eruption. I thought the last of these bands perished long ago, but alas, new evil is born even today; an unfortunate reminder that our collective generation still suffers from the after-effects of the great nu-metal invasion of yesteryear. Let us mourn the many lives that were forever lost in the fray.

Why do so many bands like this exist!? Seriously, it has to be the last 5 weeks, at the least, that I've been forced to write about these lifeless retro-thrash bullet-belt wearing "Yea, FUCKIN METAL DUDE!" bands. The only reason bands like this exist is to sound like other bands. This is a principle that I simply cannot comprehend. And I mean, the guys in Black Moor do little to convince me that they're any more into their music than I am. This is what "going through the motion" sounds like on tape, and to utter the worst insult I can even conceive of: this belongs in the same category as a band like Black Tide (remember that band of 17-year-olds who got famous by playing generic thrash retread? Notice how they share eerily similar names). So if you're looking for a Maiden/Priest/Hair Metal hybrid with all the originality and conviction and fun sapped right out of it, go ahead and give this one a spin. 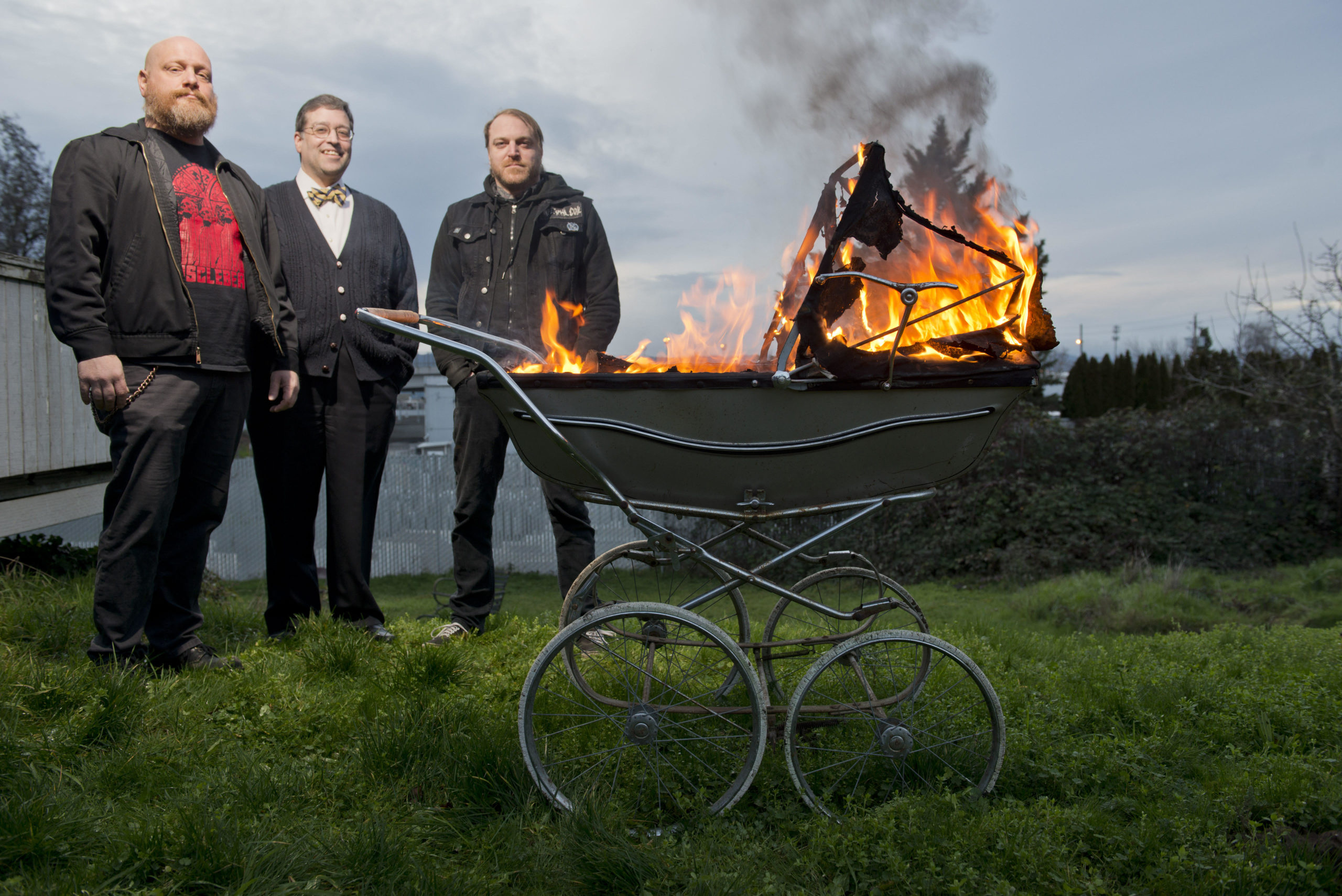 GAYTHEIST Masks Up Halfway Through "The Dark Deep" Music Video

However, you should always wear a mask.

Short, sweet, and to the point.

THE WEEKLY INJECTION: New Releases from ORCHID, A PALE HORSE NAMED DEATH, and More Out Today 5/21

I had a hell of a time getting to sleep last night. I just say The Dillinger Escape Plan for the first time. Holy...