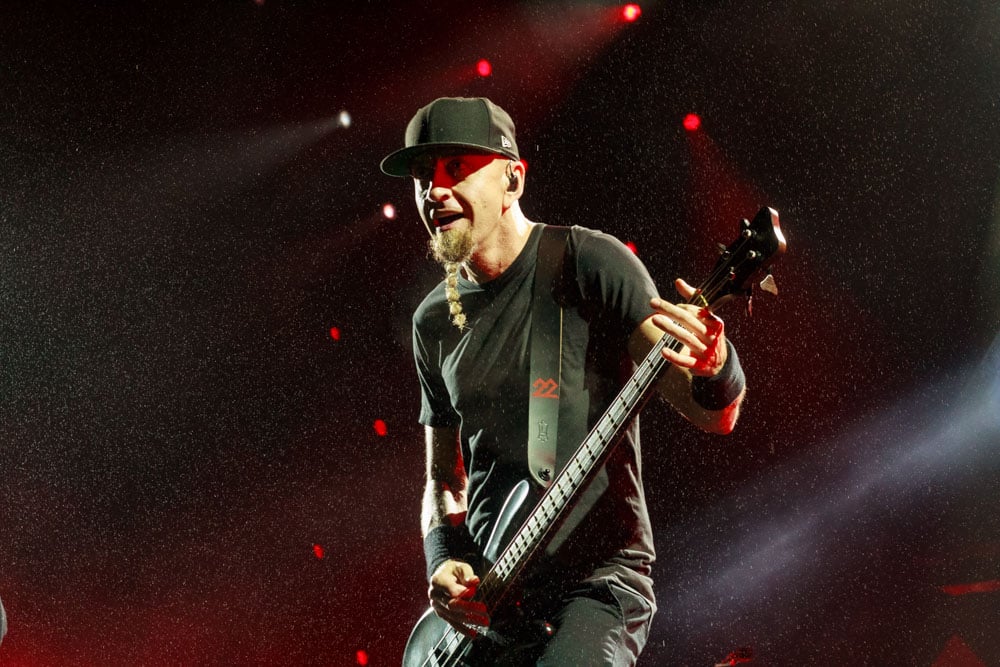 System Of A Down bassist Shavo Odadjian is working on a brand new solo project called The Shavo Project. Odadjian revealed the news in an interview with Music Connection, saying that System Of A Down would be taking a little break until next year and that he'll be spending the time working on both his new project and on North Kingsley.

"System's taking a little break, until next year, so I've been working on the North Kingsley record. It's almost done. That's my side project. We've got six songs done. You can check it out on Spotify. It's a new project, so it's continuously growing and evolving. And as I evolve, I drop what we just did and we move to the next style. It's fun. It's freedom of music. It's really cool. And I also have some music I'm doing as a side project — just me alone solo. It's called The Shavo Project and it's really heavy. That's all I can say right now."

System Of A Down played what is apparently their final show of 2022 on February 4 at the Banc of California Stadium in Los Angeles, CA. System Of A Down released their first new music in 15 years in the form of "Protect the Land" and "Genocidal Humanoidz" in 2020. Vocalist Serj Tankian, who had historically said no to a new record, seemed to come around on the idea in recent years saying "we'll see what happens" and just kinda shrugging at the whole thing. So y'know – there could be more System Of A Down eventually. And in the meantime, we've got The Shavo Project.