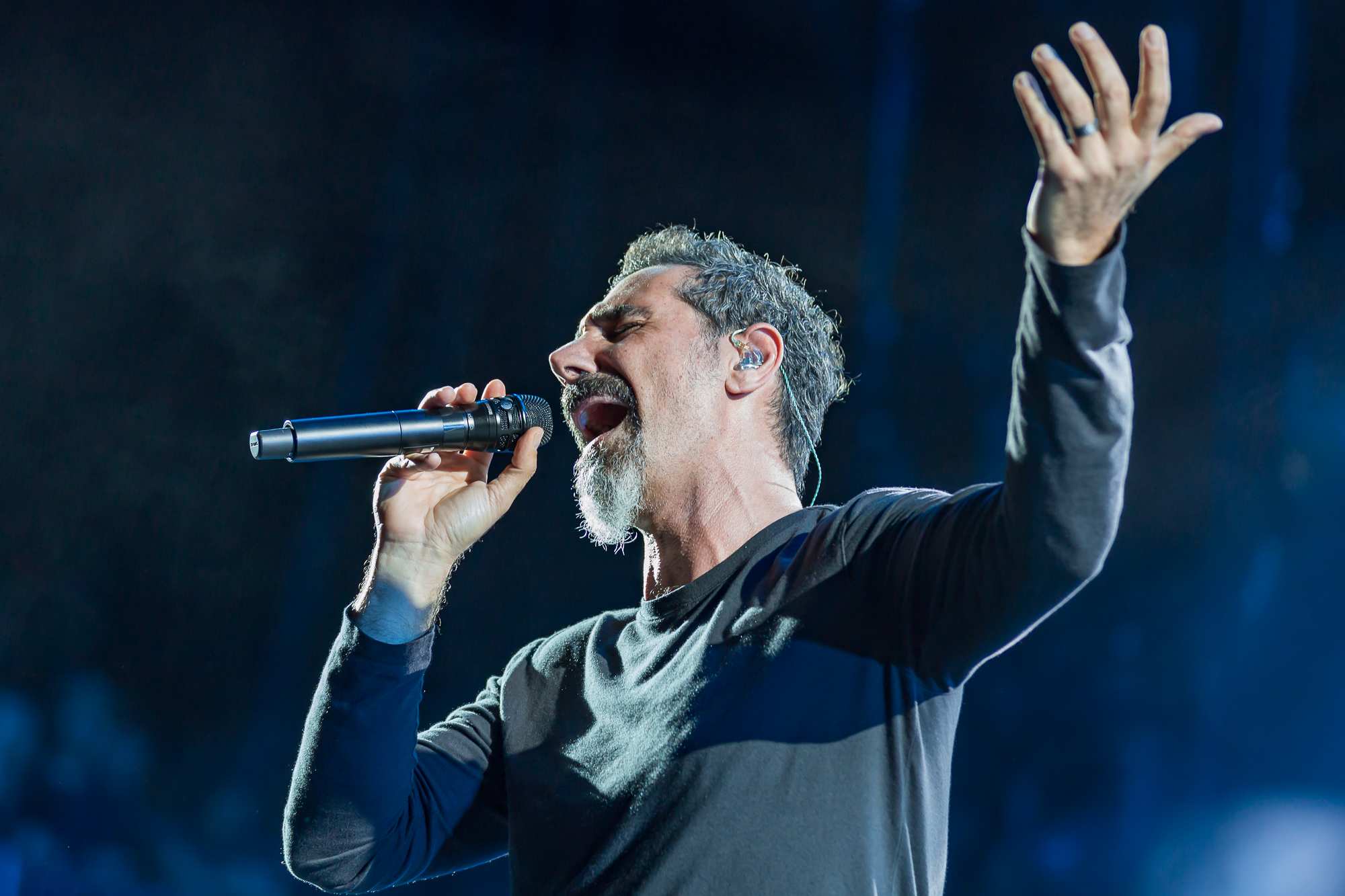 Despite System of a Down releasing two new songs to benefit the Armenia Fund, the band has made it super clear they don't intend to release any more music. Some of the new System of a Down music the band worked on over the years made its way into guitarist and vocalist Daron Malakian's band Daron Malakian and Scars on Broadway, and now vocalist Serj Tankian is about to show the world what he was ready to contribute.

Tankian will release five songs originally intended for System of a Down as the Elasticity EP due out next February. Tankian tells Rolling Stone the songs are "kind of all around the place" in terms of concept.

"Elasticity, the songs on that EP were written many years back," he said. "When I wrote them, the original concept, for me, was, 'What rock songs can come out of me right now that I can possibly work with System, on?' So the intention was, actually, to sit down, and I've played them for the guys, and we even kind of messed around with some of 'em, and whatnot. And, obviously, we were unable to see eye-to-eye on continuing the future recordings of System, except for, obviously, these two songs for the cause that we've done, and that was before — obviously, a couple of years before.

"So these songs, I decided to finish them myself and release them. And they are really interesting and beautiful songs — going from really heavy type of System-esque type of music to really beautiful, ballady — including pianos and string arrangements and stuff like that. So, it's quite diverse for just five songs. And thematically, it's quite diverse as well — a song about terrorism; a song about protests in Armenia years ago; a song about my son Rumi, kind of also cut with the poet Rumi, in a way — it's an homage to the poet Rumi and his namesake, basically, in a way. And a few other pieces. So it's kind of all around the place, as everything I do is."