THE WEEKLY INJECTION: New Releases From HAMMERS OF MISFORTUNE, AMBERIAN DAWN & More Out Today 12/2
"I would say starting around New Year's with writing songs and stuff. That's the only thing I can say. And there will be a new album, of course."

King Diamond has been extremely busy over the past few years. The band has played massive tours and shows, spent time remastering albums, and King Diamond himself even has a kid. So free time hasn't exactly been plentiful, but guitarist Andy La Rocque tells The Metal Voice that they've got some ideas for a new album and the band wants to start composing a new record in earnest come New Year's Day 2018.

La Rocque also adds that there's a live King Diamond DVD in the works right now, which if you haven't seen the clip from it yet, do so here. He says the band absolutely wants to do a new album, it's just been tough, basically.

"Well, we have some ideas, and we're gonna start seriously sitting down and start with new riffs and starting to write songs as soon as possible, I would say starting around New Year's with writing songs and stuff. That's the only thing I can say. And there will be a new album, of course."

It's just that since 2012, we've been really busy doing the live shows, which has been really important for us, since before 2012, we didn't really do any festivals at all — I mean, maybe one or two in our whole career — so that was a new thing for us, doing festivals. And we've been really busy doing that. Planing that and practicing, rehearsing for all those shows we did in the last five, six years has taken a lot of time, of course, so we really haven't had time to sit down and just make a good album. Plus, all the other things we've been doing, like remasters and now the DVD and all that stuff. So as soon as things get less hectic, we're gonna start writing a new album."

Can't rush perfection, right? The new album will be King Diamond's first since 2007's Give Me Your Soul… Please, and the first with Dark Illusion bassist Pontus Egberg. 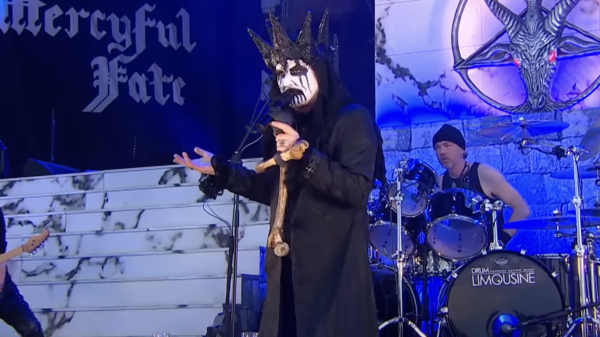 And how his voice is better than ever. 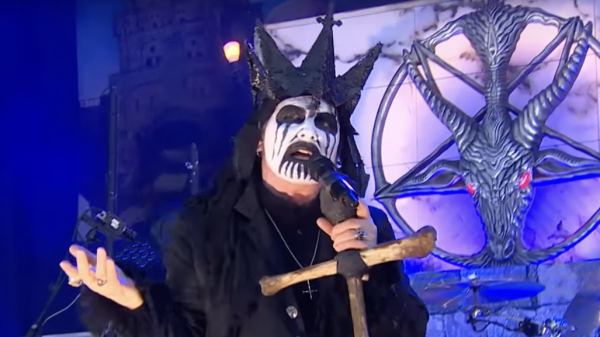