Fans of obscure Australian metal, rejoice! Relapse Records has recently signed, or rather, re-signed (as you'll see why in a while) Melbourne, Australia’s death/doom old newcomers Inverloch. Seeing how the name shares similarities with Agalloch (ie. 3 syllables, ending with "loch"), I'll bet there's gonna be some o' those blessed black ambient folkish influence on the debut album!

Featuring 2/4 of the legendary diSEMBOWELMENT, Inverloch (old guys: Matthew Skarajew – Guitars, Paul Mazziotta – Drums, new guys: Ben James – Vocals, Mark Cullen – Guitars, Tony Bryant – Bass) picks right up where diSEMBOWELMENT left off close to two decades ago, and where the short-lived d.USK (diSEMBOWELMENT's new moniker from 2010 until just a while ago) left off when the name change to Inverloch was decided.

The band has completed recording their debut mini-LP, which is set for a Spring 2012 release via Relapse Records. More details on this release will be announced shortly, but in the mean time, you guys can check out the Facebook pages for diSEMBOWELMENT, d.USK, and Inverloch.

diSEMBOWELMENT/d.USK/Inverloch will be playing a pair of rare festival performances this Spring, performing for a limited time under the moniker d.USK. They will be presenting diSEMBOWELMENT's legendary funeral doom opus, Transcendence Into The Peripheral live in it's entirety at Roadburn in the Netherlands. A different but equally devastating set will be performed at the legendary Hellfest in France.

"It has been a pleasure to bring the old diSEMBOWELMENT songs to life, and along the journey we have discovered some new music inside of us that we felt compelled to capture. Inverloch is our musical voice of the past, re-discovered…combining heaviness and ambience once more …"

Here's what the two biggest extreme metal magazines have to say about the group:

"Pushes the boundaries of heaviness beyond their breaking point." -Terrorizer

diSEMBOWELMENT was originally formed way back in 1990, and their second demo, Deep Sensory Perception into Aural Fate, had attracted the interest of Relapse Records, who promptly signed them and released the demo as the Dusk EP in 1992.

Most well known for their 1993 magnum opus, Transcendence Into The Peripheral, their extreme musical style of slowly executed drums, death metal vocals, chants and passages of dark ambience was hugely influential to the funeral doom metal movement of that era; something rarely seen from an Australian metal act.

The band's entire recorded catalogue was re-released as a double and limited edition triple CD by Relapse in 2005, of which the two different 'Limited Edition' vinyl box sets have since been sold out.

In this article: d.usk, diSEMBOWELMENT, Inverloch 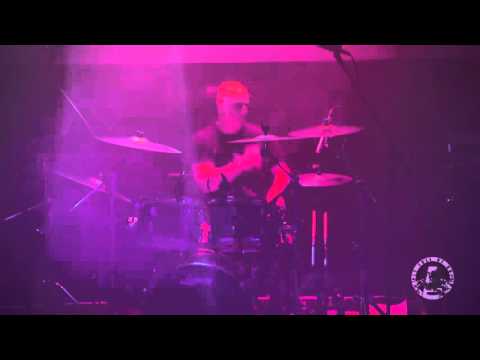