THE WEEKLY INJECTION: New Releases From KILLSWITCH ENGAGE, ONI, and More Out Today - 11/25

Happy Black Friday to you all! Good luck if you're dumb enough to be out in that shit. To everyone else, here's some metal for you including some live stuff, some experimental stoner rock and more! To the metals…

Dot Legacy – To The Others

I'm including these guys because they are really interesting. They certainly do have the stoner rock sound to them, but they approach it with a different sort of swagger. They're like if Biffy Clyro decided to do their rendition of a Master of Reality Sabbath track. This album is a fun one for those looking for something new(er) and different.

Here we have a (mostly) documentary of this most recent Jesse-era of Killswitch engage. It does have a CD that features six live tracks from their 2014 "Monster Mosh" show in Massachusetts though, so there is music to be had here. Their last DVD's documentary was l really interesting, so I am curious about this one.

I'll just go ahead and keep the theme of live releases going with one of my favorite prog acts of the last decade. The setlist is largely from their most recent record The Congregation, which is hard to be mad at if you're a big fan of the last record like I am. The final song of the set has a special appearance by the vocalist's brother-in-law and the band's former boss Ihsahn, which is pretty rad.

This band is a hell of a thing. The lead guitar work is by Martin Andres aka Pomegranate Tiger, they have a dude playing Xylosynth (electric xylophone), and then just overall great musicianship. An enjoyable progressive metal experience in the realm of Ordinance, Intervals, and the likes.

More live stuff, because why not? If you're looking for a band that's a bit more grim and epic, then this is the release for you. This long-running act further prove they're a force to be reckoned with on the stage with this release.

Witchery – In His Infernal Majesty’s Service

I can see all the stuff I mentioned before not being heavy enough for some, so this one is for you. On their sixth album, their first with Angus Norder, Witchery are tearing through your eardrums. Also, sweet shocker on the album cover fellas. 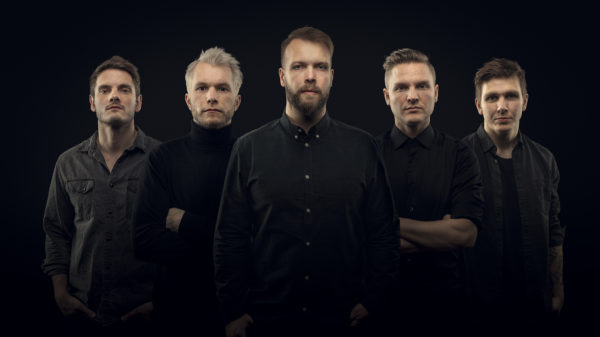