THE WEEKLY INJECTION: New Releases From BACKWOODS PAYBACK, SOREPTION, and More Out Today - 8/3

THE WEEKLY INJECTION: New Releases From DISTURBED, CANDLEMASS & More Out Today 11/18
This edition includes lots of prog, some fuzzy weirdness, and more! To the metals...

This week is pretty slow, to be frank. It would be a good week to try to find something you've never heard of before you whine "WHO?!?!" This edition includes lots of prog, some fuzzy weirdness, and more! To the metals…

This album is pretty cool. There is comprised of fuzzy riffs and almost hypnotic rhythms, but there are subtle indie qualities to this band. I could see them on a bill with Red Fang, Royal Thunder, or Built To Spill and wouldn't be mad about it in any of those setting.

Both of these bands are quite prolific, and both these band seem to have a thing for split EPs, so I guess this pairing was bound to happen eventually. However, they are two very different bands. If you're into straight forward black metal you'll dig the Krieg side, and hardcore folks will prefer the Integrity side. Both sides are solid samples of what each band is about, so I'd call this a successful split.

Into Eternity – The Sirens

*Edit* I'm seeing comments saying this isn't out yet, however as of this edit on Saturday 8/4 their website still lists the release date as 8/3. I'm assuming these comments are correct, but this is why I included it.

It's been a decade since Into Eternity has released a new album, and a lot changed in that decade. The band now has a different guitarist, a different drummer, and, perhaps most obvious, a new vocalist. Amanda Kierman is fucking great on the microphone too. Long-time fans are in for a pretty different experience from the band, and those that enjoy proggy, diverse, and soaring metal will want to get in on this.

Opus of a Machine – Stray Fire

I like album a lot as a prog dork. It reminds me of bands like Caligula's Horse, Haken, and, even though the band isn't super proggy, Thrice. This is a big sounding, melodic prog album, and a great way to get into this band.

Soreption – Monument of the End

Soreption is easily the heaviest thing I'm highlighting this week. The band twists and turns with complex rhythms and techy guitars. This album creates a pretty good reason to hit the Summer Slaughter tour if it hasn't made it's way to your town yet. I really hope I can catch them on my stop after hearing this.

I'll start this last blurb by saying that, this band isn't super metal but it's a weird group worth covering. Ultraphonix features George Lynch (Dokken), Corey Glover (Living Colour), Pancho Tomaselli (Philm and War), and Chris Moore (session drummer). The band ultimately serves as a back and forth between Lynch and Glover showcasing both of their wildly underrated talents.

In this article: backwood paypack, INTEGRITY, into eternity, Krieg, opus of a machine, soreption 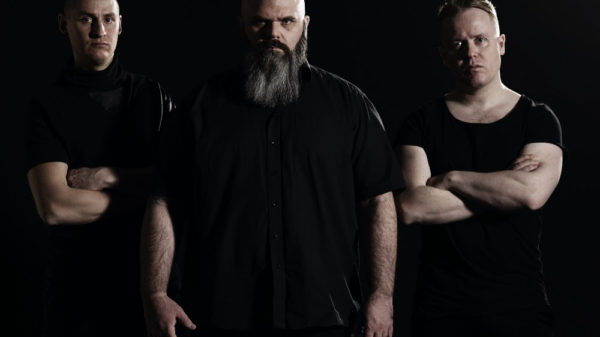 "Jord forcefully crushes your brain to bits from start to finish."

Real Archspire vibes on this one.