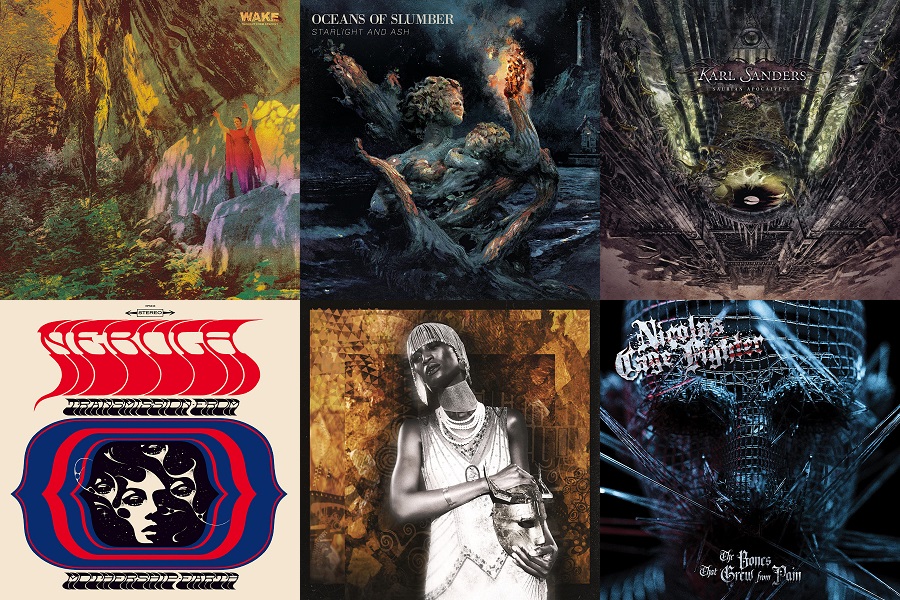 This week's new heavy metal releases include the final chapter in an ambient trilogy, Kenny G, stony riffs, and more! To the metals…

Imperial Triumphant always have a lot going on. This record is evil jazzy black metal as always, but this one is just a wild deck of guests. The list includes Snake (Voivod), Alex Skolnick (Testament), Trey Spruance (Mr. Bungle), Kenny fucking G, and more. The album is rad beyond it's guests, but I can't get over the roster.

If you're looking for wall to wall druggy riffs, then this is the one for you. This is a desert trip in sonic form for fans of Bigelf, Kyuss, and the likes.

Nicolas Cage Fighter – The Bones That Grew From Pain

If Nebula was your idea of a chill fun time, then this is the exact antithesis of that. Nicolas Cage Fighter have a cheeky name, but they mean business with hardcore fury that's laced with just a pinch of melody. Just enough to make the tracks catchy.

Oceans Of Slumber – Starlight and Ash

Oceans of Slumber have slowly and quietly becoming one of modern metal's finest bands. Their latest album features shorter songs than they usually have and more of a spotlight on vocalist Cammie Gilbert. The proggy darkness remains though. Another successful entry in their catalog. Chad has a full review here.

I recently learned that outside of Nile's Egyptian-inspired death metal Karl Sanders also does Egyptian-inspired ambient/folk music. It's been thirteen years since he has done one of the latter albums and this seems to be the final entry in the catalog. It's rather epic, but may not scratch the itch of those looking for death metal pummeling.

Concluding this week with something that may scratch the aforementioned itch of a death metal pummeling. Wake continue down the blackened death metal path on Thought Form Descent. This album is eight tracks that hit with wall of sound waves of atmospheric heaviness.