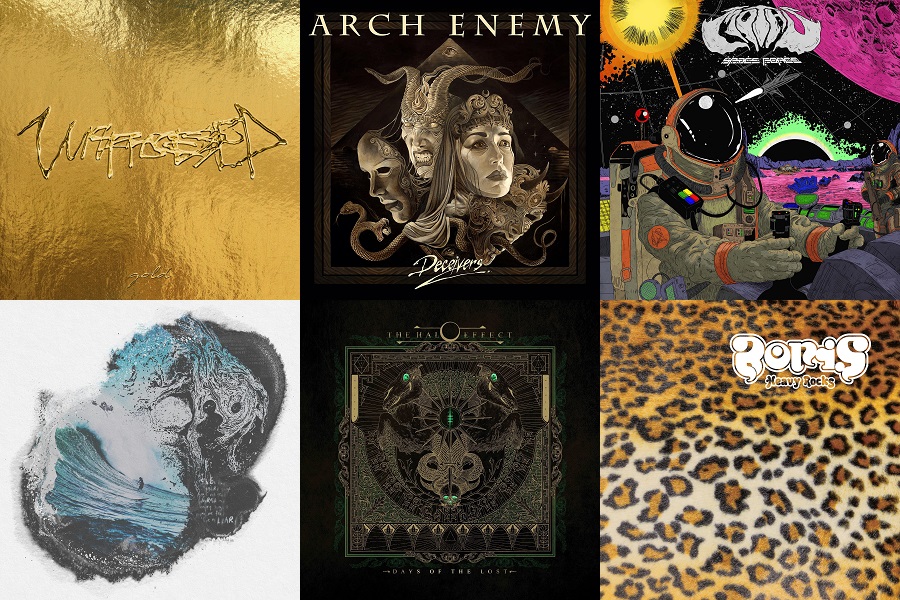 This week's new heavy metal releases include melodic death metal, RIFFS, guitars that don't sound like guitars, and more! To the metals…

Deceivers comes five years after Arch Enemy's last record and it keeps up their tradition of melodic death metal infused with triumph. This album isn't a reinvention of the band by any means, but it's a solid entry in this era of the catalog. Also, I know it's been eight years, but the fact that Alissa White-Gluz and Jeff Loomis are in this band still makes them feel like a supergroup to me. Still, get a charge out of that. Jeff wrote a full review here.

Back in 2002 Boris first released Heavy Rocks. It was a higher energy stoner rock affair. In 2011 they dropped another album in this style, so it made sense to also call it Heavy Rocks. And now in 2022 they are back to this version of their sound…so Heavy Rocks.

The Halo Effect – Days Of The Lost

Remember when there were two Queensrÿches? This kinda feels like that except this band isn't calling themselves "In Flames," despite having dudes that all were a part of In Flames to some degree at one point. Unsurprisingly, this album is a masterclass of melodic death metal from some of the finest in the sub-genre's history. Max's full review is here.

Let's slow things down and go to space. Space Force sounds like the chill parts of Mastodon's Crack The Skye – and these were my favorite parts. The riffs in this are so solid in this and the atmosphere throughout is oddly comfortable.

Norma Jean – Deathrattle Sing For Me

Georgia's noisiest boys are back with some new noises. And what a diverse collection of noises this is. You're getting all sorts of ____-cores mixed with some grunge, post-rock, and more. Shaun has a full review here.

When you learn that this band's leader is ex-Moonspell drummer Miguel Gaspar, the sound makes a lot of sense. This is rather epic with lots of melody coming from dudes in black cloaks. Something pretty cool they did is that you can get the song below in both English or Portuguese AND performed acoustically in both languages. It would have been cool to do the whole record this way, but I imagine doing so would have been expensive.

Gonna wrap with some guitar shredding. If you're a fan of Polyphia you'd probably dig this band a lot. They also blend modern pop and hip hop production and tricks with guitar theatrics. However, unlike their current tour buddies, they have a singer. So if you're one of those "I'd like them if they had a vocalist" types, here you go!