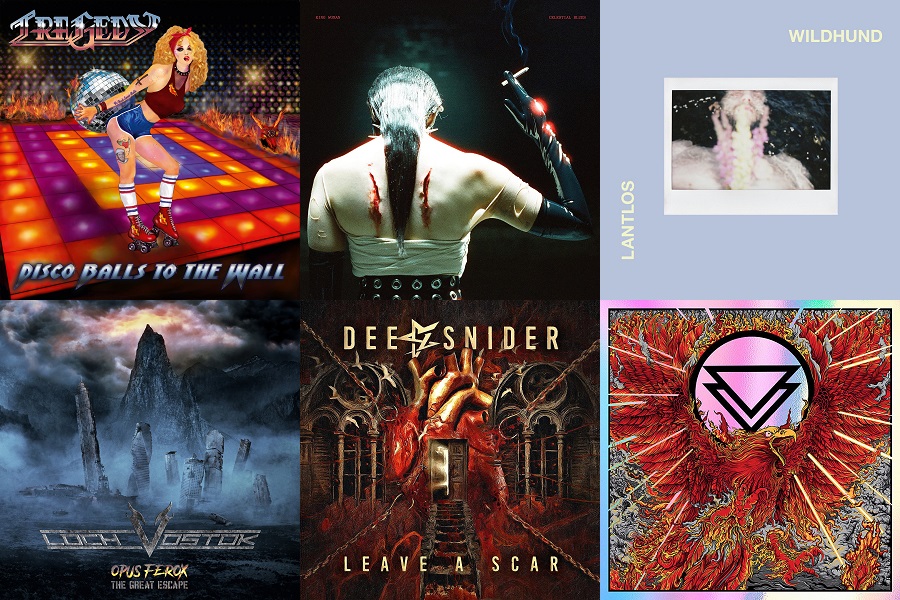 This week’s new heavy metal releases include so much delicious cheese, the documentation of an emotional comeback, shoegaze blends, and more! To the metals…

The Ghost Inside – Rise From The Ashes: Live At The Shrine

The Ghost Inside were famously in a horrific bus accident in 2015 and spent years recovering. On July 13, 2019 they made their triumphant return to the stage and this is that comeback show. This includes tracks from their entire discography up to that point. "Engine 45," "Avalanche," "White Light," and many others are all here.

Ten years after its release, Ingested have re-recorded The Surreption and they're calling it The Surreption II. Why they didn't call it "The SurreptIIon" or "The Surrep2ion," we'll never know. The production is clearer and the drums hits harder, but other than that it's as advertised. If you dug it the first time, you'll probably enjoy it all over again.

When I wasn't paying attention King Woman became quite the critical darling, and that's pretty cool. The band's second album is still shoegaze as a foundation, but when the doom hits good golly does it hit hard. Kristina Esfandiari sounds better than ever on the mic here. Semi-related fun fact: I saw this band at a bar many, many years ago and they had a fog machine that was doing its job VERY well during their set. The fog got so thick in the bar that it set off a smoke alarm which rang out through much of their set. Their early material will always sound empty without a shrill rhythmic beeping to me.

Over the years Lantlos have drifted further and further from the band's black metal roots (as these bands often do). On the first album from them since 2014, Wildhund fuses post-rock, progressive metal, and an almost math rock vibe in a really interesting way that I feel like fans of the early work can still appreciate. The guitars and drums are still fast, but the vocals are closer to Tera Melos than they are to Wolves In The Throne Room.

This band's Bandcamp bio simply reads, "Extreme and yet oh so cheesy metal… deal with it." and that really spoke to me. Opus Ferox – The Great Escape is soaring progressive metal akin to Evergrey, but these guys go harder and weirder. Prog dorks who embrace the cheese shall be rewarded with this one.

Dee Snider is fucking going for it on Leave A Scar. This is his thrashiest album maybe ever, and his band is top notch. If you wrote off Dee because because he was the Twisted Sister guy, this will change your mind. Hell, he got Corpsegrider to help him out on a track, so he must be on to something here.

Tragedy – Disco Balls To The Wall

I didn't mean for this week to lean into cheese so much, but here we are with another fun one. If you're unfamiliar, Tragedy are the band that hype themselves as an "All Metal Tribute To The Bee Gees and Beyond ." This is sort of a best of by this band, as it collects all their biggest covers over the years in one place. To say this is an album of disco songs covered by a metal band would be an over simplification. This also includes covers of Neil Diamond's "Sweet Caroline" (BAH BAH BAH), Adele's "Skyfall," a mash-up of "Raining Blood" and "It's Raining Men," and oodles more.