THE WEEKLY INJECTION: New Releases From UNLEASHED, ALL HAIL THE YETI, and More Out Today - 11/12 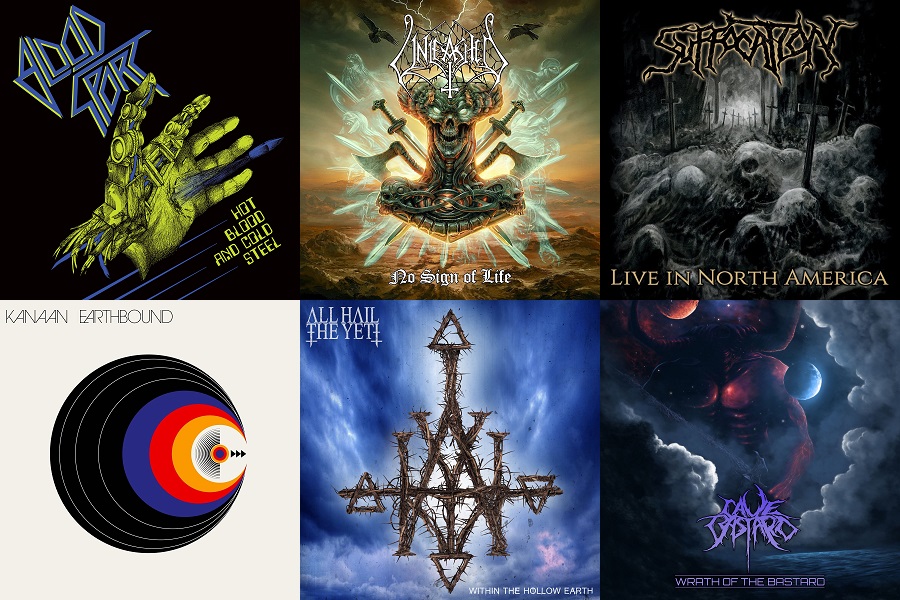 200 Stab Wounds – Slave To The Scalpel

Staring this week with some grimy death metal. 200 Stab Wounds have a name that lets the listener know what they're in for. Riffs are nasty, count-ins are done on the snare, and the lyrics are bloody. Despite being heavy as fuck, they're the only metal band I know of with a song title that includes the words "Itty Bitty." Christopher has a full rundown here.

All Hail The Yeti – Within The Hollow Earth

These riffy weirdos have seven tracks that weave between fuzzy heavy meal thunder and a 90's grunge vibe. "Headless Valley" sounds like if you smooshed a Clutch song into an Alice In Chains song and gave it a breakdown. The rest of the EP keeps this rad combo going. Also as a bonus to those that still like a compact disc is that fans that get the CD will get an eighth track which is the band's take on the Stone Temple Pilots track "Sex Type Thing."

Talk about commitment to a bit. The world's only (I'm assuming) band to exclusively mash up Metallica and Beatles songs are now on their twentieth year and are back with another record of doing what they do. This album includes unlikely combos of "Here Comes The Sun" and "Here Comes Revenge," "Here, There And Everywhere" with "Wherever I May Roam," and many more.

Fans of old school speed metal should get on Blood Sport. This is classic metal production with some modern guitar flairs in the mix. A great time had over the six tracks from this duo.

In 2020 this outfit dropped their debut and they're already back with more thrashy tracks. Into Blackness brings the classic eras of bands like Overkill, Testament, and the likes to mind with straightforward rhythms, shreddy solos, and a general vibe of epic aggression. This is a must have for modern thrash fanatics.

Cave Bastard – Wrath of the Bastard

Wrath Of The Bastard is an extreme metal cocktail that includes death metal, sludge, a little prog, and some tech death. Lyrically this is a political one that will stir some pots, so that's fun. It's a hell of a sophomore album and hopefully one that'll bring these bastards out of their caves in into the spotlight…or something poetic.

Now for some weirdness. This project of mastermind Raphaël Fournier pulls listeners into all sorts of directions while retaining a grim core sound. Éloge de l'Ombre is occasionally symphonic, often technical, and always unpredictable. Recommended for fans of of Opeth, Allegaeon, Enslaved, and Sigh.

If you're looking for some psychedelic trips that accompany some tasty riffs, then this is the record for you this week. The song structures are as interesting as the jam parts on this. This some truly stellar instrumental music that is so compelling that you don't even notice there isn't a vocalist.

While you continue to wait for the proper follow-up to 2017's …of the Dark Light, Suffocation are dropping their second live album. This includes some of Frank Mullen's last performances and should be welcomed by those that never saw him with the band. This includes tracks like "Infecting the Crypts," "Breeding The Spawn," and loads more of the band's death metal bops. Kevin has a review here.

Wrapping this week with some more death metal. These guys have more of the thrashy death metal approach, but work in some blackened bits as well. Unlike a lot of their peers, this band has had the same group of dudes since 1995 and their chemistry is apparent on this effortlessly successful record.