THE WEEKLY INECTION: New Releases From HAUNT, MYTHIC SUNSHIP, and More Out Today - 4/2 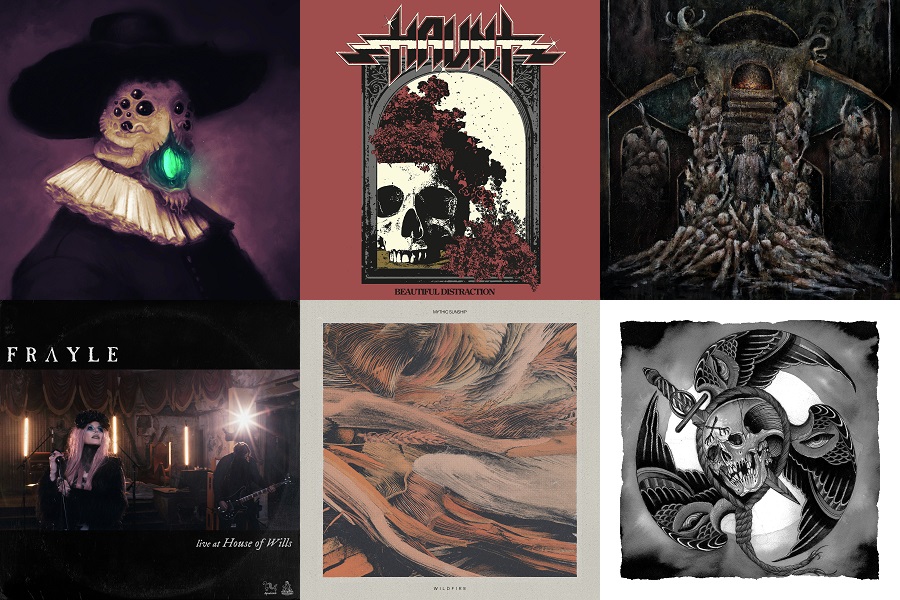 Kicking this week off with some dissonant, grindy New Zealanders. Disempath is twenty-eight minutes of death metal, grindcore, hardcore, and more. Christopher has a deep dive and full album stream here as part of The Monday Grind.

Frayle – Live at the House of Wills

Without the ability to tour Frayle have adapted with Live at House of Wills. This is a live recording filmed at House of Wills which is a closed funeral home in their hometown of Cleveland, because of course they shot this there. This three-track EP includes two tracks from their debut album 1692 and a cover of Johnny Cash’s "Ring of Fire." It's available to get on Bandcamp today only, so hurry up and get some doom.

Now we're going from doom recorded in a funeral home to funeral doom presumably recorded in a studio. This is some dark shit. Along with the slow heaviness there's an atmosphere that makes this album sound like it's a direct line to hell. Sounds like demons bellowing and the screams of the damned over guitars and stuff.

How about something a bit more fun? Trevor William Church cannot slow down. Haunt dropped two records last year and the band is already back with another of shreddy heavy metal that could have fallen out of the eighties. This is the perfect soundtrack to driving too fast or battling something.

A band like Mythic Sunship is such a gift right now. Their music is perfect for putting on and getting lost in. Wildfire features five lengthy tracks that are instrumental jam freak-outs. You're getting some jazz, some psychedelic, lots of riffs, and saxophone squeals here.

Let's keep things weird, because why not? Odd Circus are a young trio that, like Mythic Sunship, create instrumental tracks that one can get lost in. However, once you're lost in these tracks the journey your is more like the tunnel/boat scene in Willy Wonka and The Chocolate Factory than a fun dance in the grass. Fans of Trioscapes should get on this one.

On their first record in six years Steel Bearing Hand are bringing the thrash with a dash of death metal. You're getting high-energy rhythms, guitar flurries, dive-bombs, and stuff that is guaranteed to get a circle pit spinning. This one was worth the wait.

Two Minutes To Late Night pivoted their whole thing during this quarantine and have been putting out fun star-studded covers. Today (April second) and today only, they are putting out their eighth Bandcamp exclusive EP to help out the artists that have contributed to these covers. This one features their live covers of "Purple Rain," The Trooper," "Foreplay/Long Time," and more. Get it before it's gone.

Wode – Burn In Many Mirrors

Wrapping this week with some Wode. Wode put a modern spin on a combination of classic death and black metal. You're getting some atmosphere, but this is by no means a spooky post-rock album. This is closer to Winterfylleth.