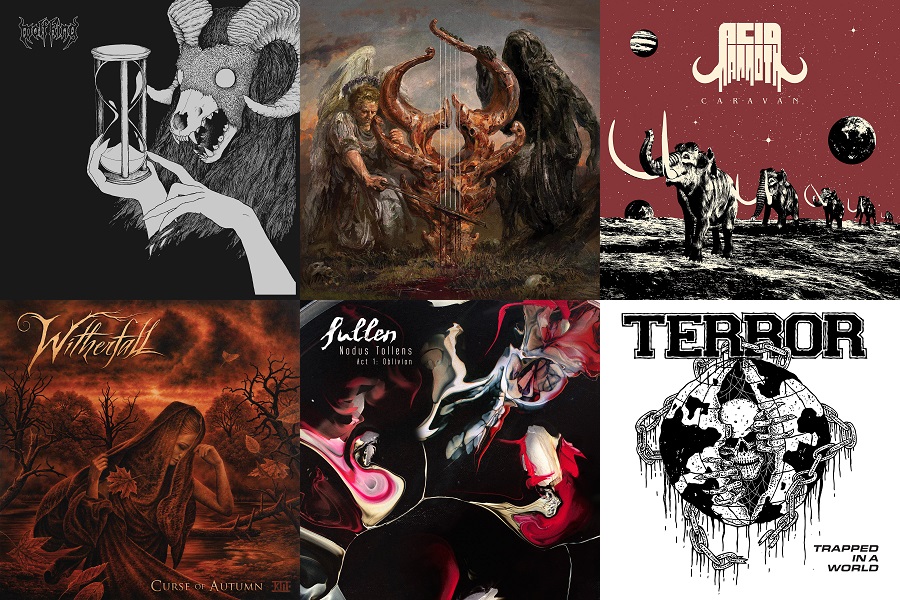 If you're in the mood for some melodic doom goodness, then Acid Mammoth have you covered. This self-proclaimed "Sabbath Worshipping Cimmerian Doom" outfit claim they're a band, but the truth is that they are a bunch of riffs taped together and molded into human shapes. Riffs on riffs on riffs.

A Day To Remember – You're Welcome

In a completely different realm than Acid Mammoth, we have the latest from A Day To Remember. You're Welcome comes five years after their well received Bad Vibrations, which is the band's longest gap between records. Despite sharing its title with Dwayne Johnson's track from the film Moana, there appears to be no connection to the film or song, so I'm not even sure why I bothered. Instead, you're getting powerful alternative rock-influenced songs with big vocals and bigger melodies.

Now for some pure heaviness. Baest's third album is solid death metal, plain and simple. You're getting songs with words like "Necro," "Vomit," "Mutilation," and "Suffocation" in their titles, so you know what you're in for. Fans of Bloodbath will probably dig this.

Golly these guys are prolific. Songs Of Death And Resurrection comes a mere two years after Demon Hunter dropped two albums on the same day. Sure, this is a record of acoustic renditions of their tracks, but they are keeping busy with all the down time. Good for them, and good for fans that want some more relaxed stuff right now.

You know you're in for a journey when the band's album title says it's an "Act." And what a journey this is. Nodus Tollens reminds me of a Caligula's Horse record with occasional growls and some Haken moments here and there. This one is moody, rhythmically awkward, nerdy. So, a solid prog record.

Terror – Trapped In A World

For their eighth record, Terror are re-recording songs from their earliest releases live in-studio. Fans of One With the Underdogs and Always the Hard Way may have issues with the newer takes on the tracks, but it it's kind of cool to hear the band's current vibe on these older songs.

Witherfall is a wild band that has somehow missed me over the years of doing this. This is a band with the technical proficiency of Dream Theater but the aggression and bombast of 3 Inches of Blood. I then found out that the band consisted of Jake Dreyer (ex-Iced Earth), Joseph Michael (Sanctuary), Anthony Crawford (ex-Chon), and Marco Minnemann (The Aristocrats). The sound winds up making a lot of sense when I found out who was behind it.

Wolf King – The Path of Wrath

Wrapping this week with some evil aggression. The Path of Wrath is a record of black metal atmosphere and darkness coupled with a hardcore energy. It sounds like the soundtrack to a level in hell.