The Anvil guys are back with another record of their kinda thrashy heavy metal. This makes album seventeen from Robb and "Lips," and they've never sounded more like Anvil, for better or worse. This should hold you over until the new Judas Priest drops, because it sounds a lot like "Lightning Strike" a bunch of times in a row.

This album is great. It's really epic and melodic while remaining pretty bleak and dark. It's always cool to hear instruments like a hurdy gurdy, balalaika, komuz, shaman drums, and other traditional folk instruments in a heavy setting, and this record has a ton of them.

Zakk Wylde has been busy the last few years reuniting with Ozzy Osbourne, touring his Black Sabbath cover band Zakk Sabbath, and unearthing his country-ish project Book of Shadows. It's no surprise that it's been four years since the last Black Label Society record, but the wait is over. This album feels like an classic BLS record too, which is welcomed. It would also appear that the Sabbath tours have rubbed off on him as some of these new tracks have more Iommi influence than usual. Also, don't let the album title fool you. It's not a compilation.

Al Joseph is a name that I've been seeing more and more, and for good reason. The man is poised to be the next shred god. Hyvmine features his out of the instrumental world, and yet he's under the spotlight just as much as if he was driving his solo act. The band overall is quite good. They're like a proggy Sevendust.

On their fifth album, Of Mice & Men are bringing the melodic, angsty metalcore as only they (The Devil Wears Prada, We Came As Romans, and others) can. It's not something I'd go to, but god damn these tracks are catchy. It features a cover of Pink Floyd's "Money," which I'm sure will piss many of you off. So enjoy that below.

This is some weird proggy wonderfulness. I mean like Yes, King Crimson, Steven Wilson, Peter Gabriel prog. While it lacks anything heavy, it is a metal adjacent and should keep nerdier musics folks like myself thoroughly entertained.

I didn't realize that Aerosmith's guitarist made solo records. Turns out this is his fourth. Anyway, it features Robin Zander of Cheap Trick, folks form New York Dolls, and even Edward Scissorhands himself Johnny Depp producing it. What a weird album to exist.

Terror Universal are a nu metal band that feels like they came with a checklist. Spooky masks? Check. Driving grooves? Check. Macabre lyrics? Check. The certainty that they will be written off as a Slipknot clone? I'm going to let you, the listener, decide on that one. The band features some dudes from Ill Nino, a guy that goes by "Thrax," and lots of groove. 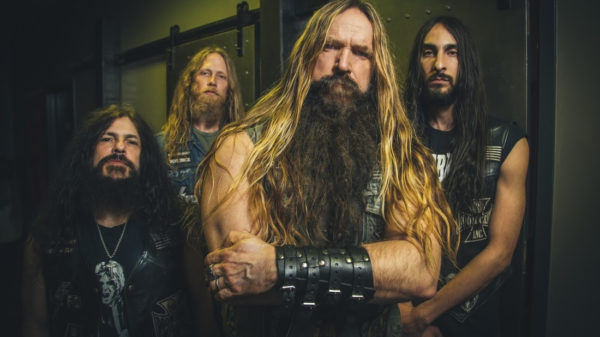 They're rescheduled for August 30.