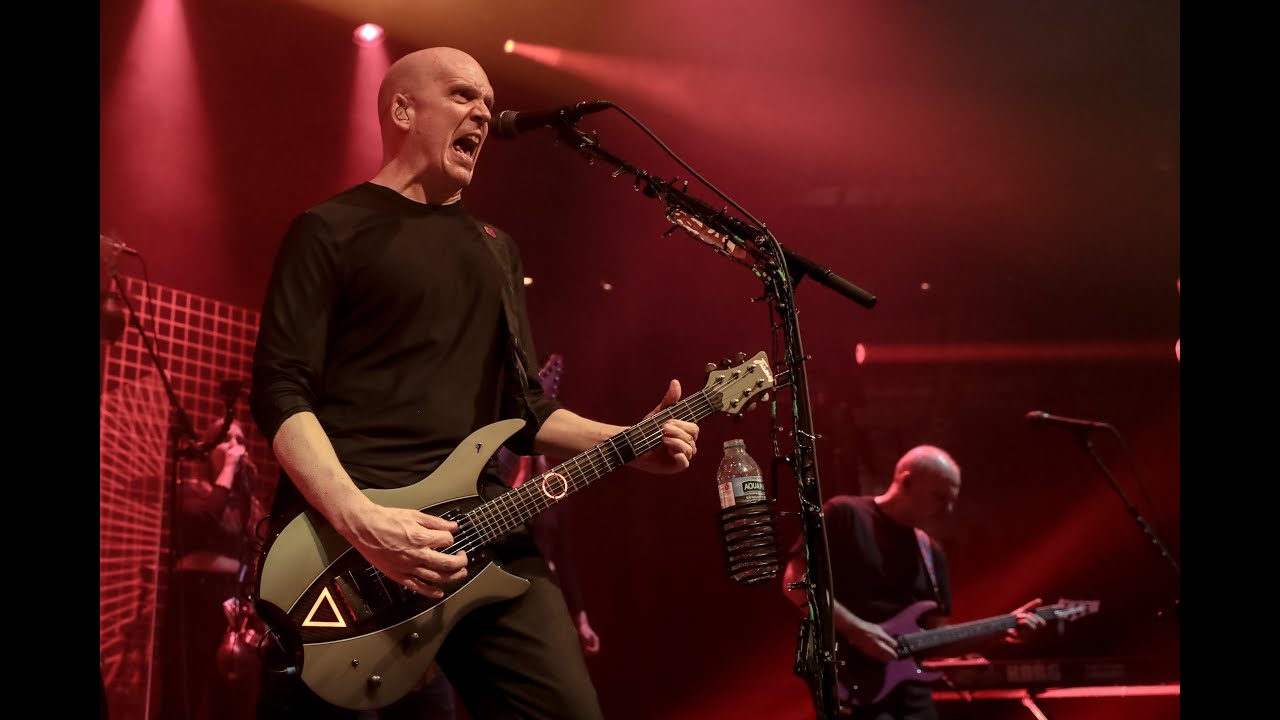 We've been hearing Devin Townsend talk about a new record titled The Puzzle for well over a year now. Now in a pretty long statement, he's revealing that The Puzzle is essentially two soundtracks called Puzzle and Snuggles alongside "a film, graphic novel, novel, and a huge amount of multimedia." Townsend also revealed he's working on a more "proper" album called Lightwork, should you not be into the whole soundtrack concept.

Pre-orders for both are available here.

“So what is The Puzzle? …well, its not technically my ‘new record’, its more a collaborative, multimedia art project that acts as a stopgap between Empath and the next record, Lightwork (Due out in March of next year on Inside Out Records) The Puzzle includes 2 ‘soundtracks’ of sorts, (the highly orchestrated Puzzle and the very chill Snuggles) along with a film, graphic novel, novel, and a huge amount of multimedia.

"It includes many artists (upwards of 50) that participated via Zoom during the pandemic and the experience gave me a chance to purge and be completely creatively free. As such, it is a stream of conscious, and very abstract collection of music that includes a narrative (in the form of a film) and is meant to be a documentation of what the pandemic felt like to me.

"Im very proud of it, and I will be uploading some of Snuggles next. Note: it is not meant to be considered a normal ‘album’, it is truly a sprawling, complex, multimedia cathartic release that was inspired by the events of the last year and a half.

"Lightwork is much more in line with what Ive done in the past (Transcendence, Empath, Addicted, Ocean Machine etc) but Puzzle is very near to my heart. It includes so many of my friends and peers, and it has zero limits on it… its almost like ‘Puzzle and Snuggle‘ are like a modern day ‘Devlab and Hummer‘ (2 old albums of mine) but the difference being the levels of complexity this project included.

Mixing it alone was a nightmare, let alone the film, the books, the box sets etc. (The box set is a hand numbered and signed piece of work that is limited to 1000 pieces).

"Im sure this won’t be everybody’s cup of tea, and I would imagine the listeners who are more interested in ‘Kingdom‘ or ‘Deadhead‘ would be better suited to wait for Lightwork, (and I can appreciate that very much…) however, The Puzzle has been my soundtrack for the last year and a half, and in keeping with the idea of making sure that what I am writing is authentic to what Im feeling, The Puzzle is essentially my documentation of the Pandemic and the world around it. It has been a very intense time, as Im sure you’d agree…

"The other record, Snuggles is meant to be something you listen to in order to feel better… Puzzle is chaos, Snuggles is calm. The whole project is meant to express that I think there is a light at the end of this dark tunnel we’ve been through. Keeping ourselves and our loved ones together during it all became the whole point.

“…And here’s a bit of Snuggles … the idea for this was that when things were at their darkest and most chaotic last winter, I felt like myself and lots of people I knew were struggling to keep balanced, so while Puzzle was meant to purge the chaos, Snuggles is meant as something that gets played during times of trauma or unhappiness. Finding some beauty amidst all the ugly became very important to me, and it took going through the dark of the whole Pandemic to find this.

"It was done with the same wonderful group of people who did Puzzle with me.

"Thanks again for listening and thanks for not giving up.