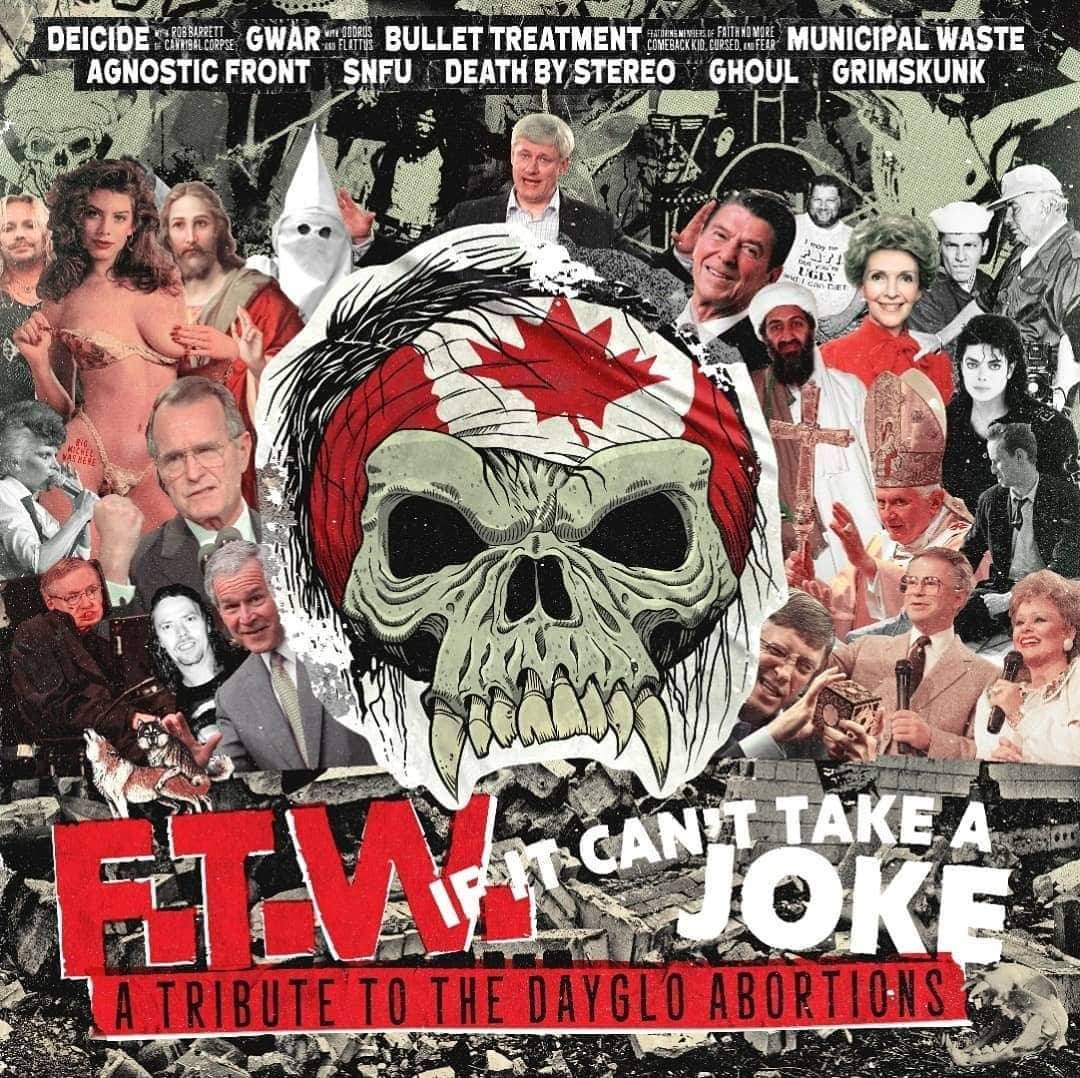 In commemoration of the 40th anniversary of Canada's most hated punk veterans, the legendary shit-disturbers Dayglo Abortions, some of heavy music's leading names have offered up hard and fast tributes for an all new covers album F.T.W. If It Can't Take A Joke: A Tribute to Dayglo Abortions.

The record, painstakingly put together from independent Canadian label Thought Crimes MFG, is the first in a series of planned 'True North Tribute' albums that will toast Canadian pioneers in heavy and underground music.

The album reads like a who's who of the heavy world, with Deicide, Agnostic Front, Gwar, Municipal Waste, Bullet Treatment, Ghoul, Death By Stereo and members of Cannibal Corpse (Rob Barrett) and Faith No More (Billy Gould) all lending their talents to the record.

F.T.W. notably features a mashup of 'Oh My Girl' and 'Used to Be In Love' by revolving door hardcore supergroup Bullet Treatment and Gwar's take on 'Isn't This Disgusting', the final recording of Cory Smoot aka Flattus, and featuring the late, great Dave Brockie, the mighty Oderous, on vocals.

F.T.W. If It Can't Take A Joke: Tribute to Dayglo Abortions is available in both regular and special edition fitzgibons hamster splatter orange vinyl here!