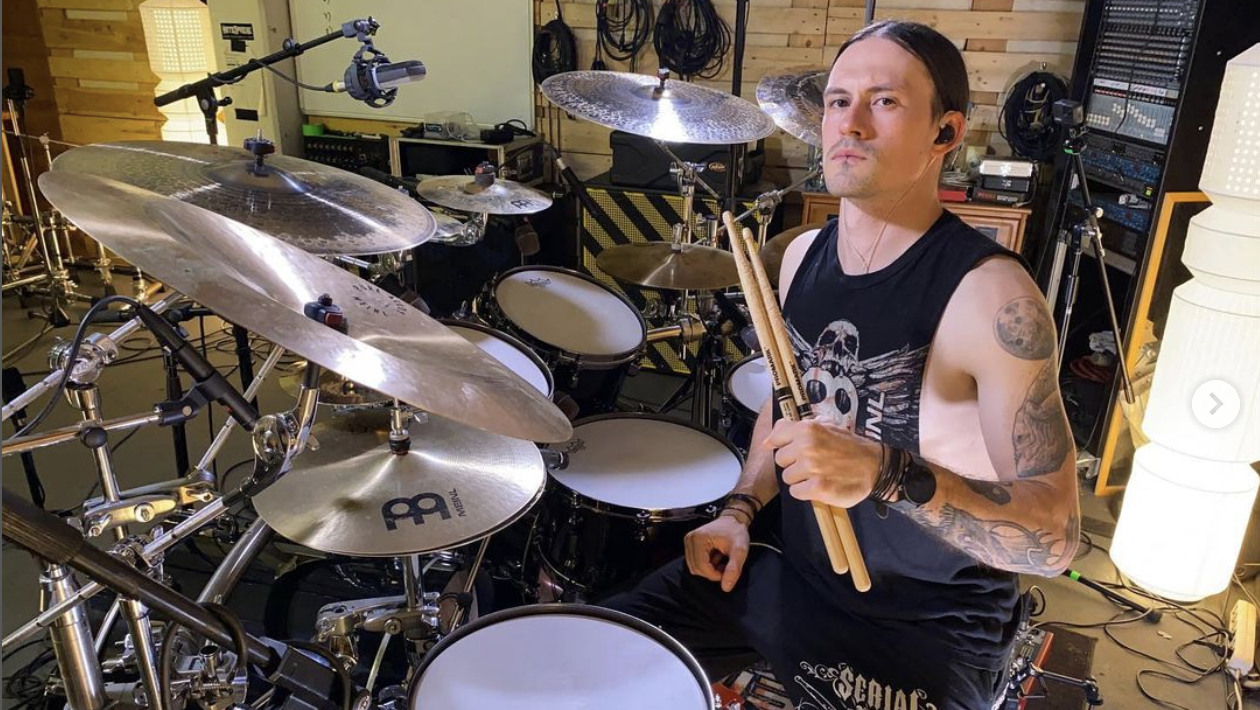 Daath is currently recording the follow-up to their 2010 self-titled album, and now we finally know who the drummer is! Daath guitarist Eyal Levi has revealed via a lengthy Instagram post that Kerim "Krimh" Lechner (Septicflesh, Act Of Denial, ex-Decapitated) is the drummer for the new record. Levi also reveals that Daath is planning on mixing the effort in September and beginning to release new music in October. So stay tuned!

"Eyal here with our 2nd studio update. Drums for the new Daath songs are done, and are incredible! This time we collaborated with the one and only Krimh. He is perfect for the new music. His blend of power, tasteful playing, deep groove, and unrelenting speed made him our top choice, and thankfully, he was down!

"I became a fan of Krimh in 2020 when Jens Bogren mentioned him, and noted that at some point I would work with him. I didn’t know how. I just knew that I wanted to.

"Fast forward to late 2021: Daath was back and new music was being seeded. After 12 years off nobody knew if it would even be good. It wasn’t just good, it was awesome! Once we had a clear initial direction [vocalist Sean Zatorsky] and I hit up Krimh and to see if he wanted to write the new music with us. Not as a session drummer, but as a true collaborator. We agreed to try one song and see how it goes. One song quickly became more.

"The last several months we went back and forth on the music. I would write, send to him, he would write parts on his e-kit, make suggestions, and send it back. Then I would evolve the song further, and repeat the process until we ended up with something amazing.

"Krimh elaborates: 'I remember back in the day when I went to my local music store to check out The Hinderers. I especially enjoyed the groovy elements in Daath's music and now, years later, I can be part of this project. It felt good to be involved with the songwriting and not just get a final song structure with pre-made midi drum beats. It definitely helped the songs and made them as powerful as they are.'

"He recorded with his longtime engineer, Norbert Leitner, who did a great job capturing some ferocious performances. Previously I’ve felt the need to be involved in every part of Daath productions, and it was nice to trust that it would come out great without me there. And it did!

"More studio updates OTW. We are tracking bass, leads, orchestra, and synth. The mix is in September. New music is out in October! Help fund this recording by picking up some newly re-issued merch over at: http://daath.indiemerch.com"