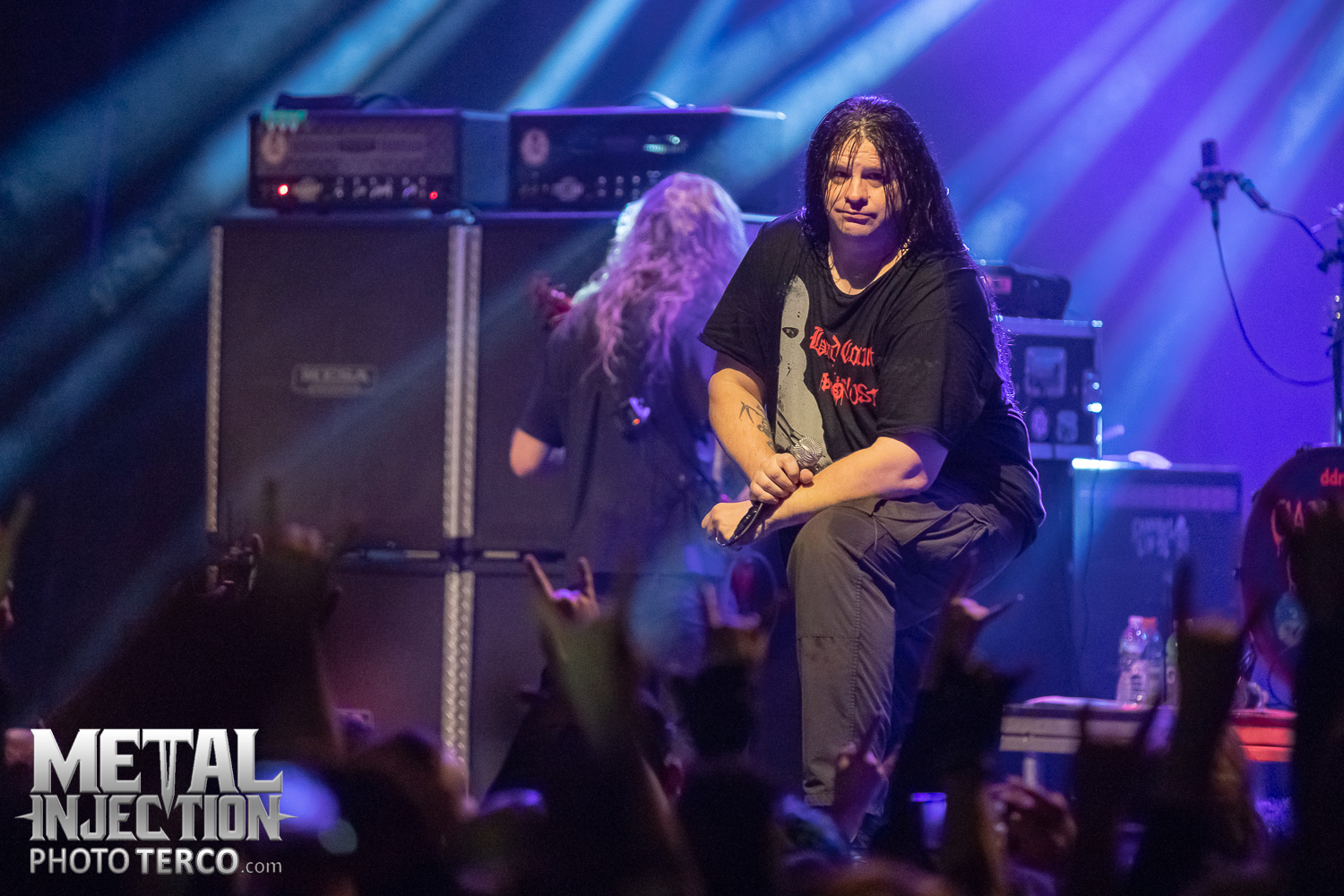 It's an exciting week to be a Cannibal Corpse fan. Late last night, the death metal legends announced that a new single, "Inhumane Harvest," is premiering all day today, February 1st, on SiriusXM Liquid Metal (channel 40). The song will make it's online premiere tomorrow. We also have more concrete info on the band's next album.

Violence Unimagined is the title, and it will be released on April 16th through Metal Blade Records. The album was produced by Erik Rutan, who, as you recall, was filling in live for the band before touring was halted.

View the cover art below. The tracklisting has also surfaced:

I assume tomorrow's announcement will also clear up who actually played on the album, whether it was Erik Rutan or Pat O'Brien, who was dealing with legal issues.

Come back tomorrow for the new track and pre-order info.