Alexi Laiho (Ex-CHILDREN OF BODOM) Has Passed Away 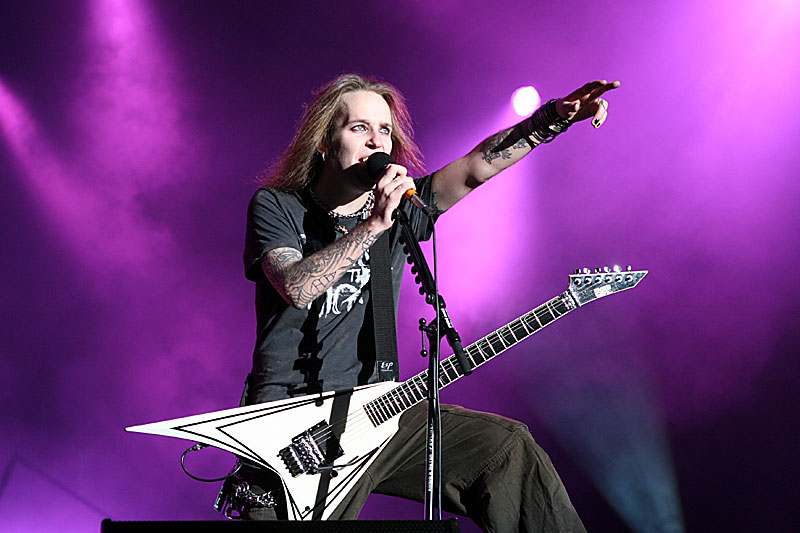 Guitarist and vocalist Alexi Laiho (ex-Children of Bodom, Bodom After Midnight) has passed away. No cause of death has yet been revealed, but according to a press release Laiho died in his home in Helsinki, Finland, last week and suffered from long-term health issues during his last years.

"We are crushed by the sudden passing of our dear friend and band member. Words cannot describe this shock and the profound sadness that we feel," said Daniel Freyberg, Mitja Toivonen, and Waltteri Väyrynen from Bodom After Midnight.

"We are all absolutely shocked and devastated. We ask for privacy and understanding during these hard times. My little brother's funeral will take place privately," added Laiho's sister.

"One of the most renowned guitarists in the world, Alexi Laiho, has passed away," wrote on the Children of Bodom social media pages. "The musician, most notably known as the front man of Children of Bodom, died in his home in Helsinki, Finland, last week.

"Laiho had suffered from long-term health issues during his last years. More than 25 years of friendship. We lost a brother. The world lost a phenomenal songwriter and one of the greatest guitarists of all time. Memories and Alexi’s music will live forever. Our thoughts are with Alexi’s family during this difficult time."

Laiho recently completed recordings for the first Bodom After Midnight release. The release will be three songs and one accompanying music video, and which will be released posthumously.

Children Of Bodom ended in 2019 when founding drummer Jaska Raatikainen, bassist Henri Seppälä, and keyboardist Janne Wirman announced that it would be their final year with the band. The trio played their last show with Children Of Bodom on December 15 at the Black Box in Helsinki, Finland. Laiho and guitarist Daniel Freyberg went on to form Bodom After Midnight.

In an interview with Helsingin Sanomat at the time, Laiho said there was a lot of internal struggles with the band "and I can honestly admit that those fights were mainly my fault."

"The original decision [to end the band in its current form] came when the other guys said they just couldn't do it anymore. There were family reasons for it. I respect their decision. I myself have a wife and stepdaughter in Australia, and my wife understands my lifestyle. I'm pretty much gone [most of the time], but always I come back and I give them my all. Nothing is more important to me."

Laiho also suffered from an injury for almost ten years and didn't even know about it. In a 2019 interview with Guitar World, Laiho revealed he was only recently diagnosed with a broken collar bone, and after having surgery he was not level of player he was before the procedure.

"Everything seems hard right now as I had a massive shoulder operation about two years ago. Apparently, my collar bone had been broken for about 10 years. I’ve had to relearn how to play." Laiho told Guitar World at the time. "It’s not a nerve problem, but some of my fingers are not up to speed on a lot of things. It’s a slow process; I’m still not quite back to where I was before the operation."

Alexi was only 41 years old. Our deepest thoughts and condolences to his family. 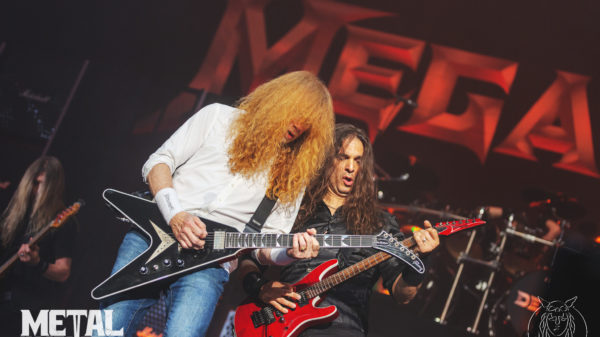