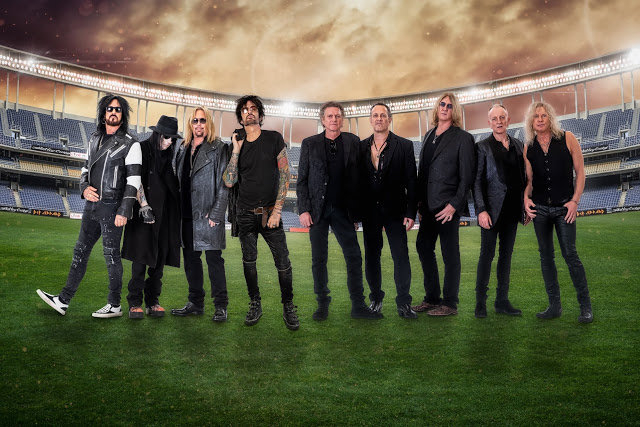 Bring Back Glam! reports that the July 2nd date at  Cincinnati, Ohio's Great American Ball Park and the August 28th date at Chicago, Illinois' Wrigley Field have been officially announced as postponed.

Fans who purchased tickets to those dates began receiving emails yesterday announced the postponement. Based on Live Nation's new policy, fans have 30 days from the announcement of the postponement to claim a full refend, otherwise the ticket will be transferred to the new date.

Last week, Motley Crue posted a statement that they are working on making an official announcement on June 1st about the tour:

"We wanted to reach out to all of our amazing fans and let you know that we've been hard at work preparing an amazing show. Our priority during this unprecedented time is to make sure that we are being as thoughtful and responsible as possible in the decisions we are making regarding The Stadium Tour and that we are putting the fans' health, well being and safety first and foremost. We are currently weighing all options and are awaiting further direction from the powers that be. Our goal is to have an official update to everyone by June 1 outlining exactly how we will proceed. In the meantime, stay safe and healthy. We cant wait to see you all again."