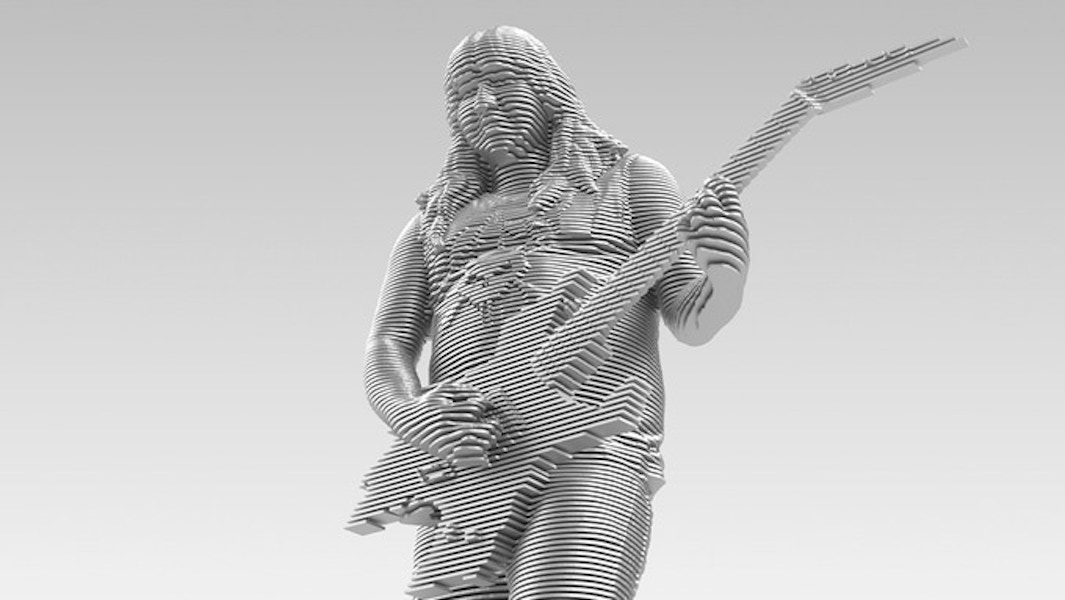 A Kickstarter has been launched to help erect a state of late Voivod guitarist Denis "Piggy" D'Amour in the band's hometown of the Jonquière borough in Saguenay, Québec. The project is seeking roughly $79,000 to build the eight-foot tall aluminum sculpture (designed by artist Fred Laforge), of which you can see a mockup below thanks to the official Voivod Instagram. Check it out here.

Stretch goals for the project include a donation to the Canadian Cancer Society and a live streaming concert for the inauguration of the sculpture. "The basic amount of $100,000 will allow us to carry out the sculpture and honor our commitments to contributors. However, the more money we raise, the more we can improve the project," added project head Hugo Lachance.

D'Amour passed away in 2005 due to complications from advanced colon cancer. D'Amour's final appearances with the band was on both their 2006 album Kators and 2009 album Infini. D'Amour was succeeded in Voivod by current guitarist Daniel Mongrain.