RUSH's GEDDY LEE On TAYLOR HAWKINS: "He Was So Full Of Admiration" 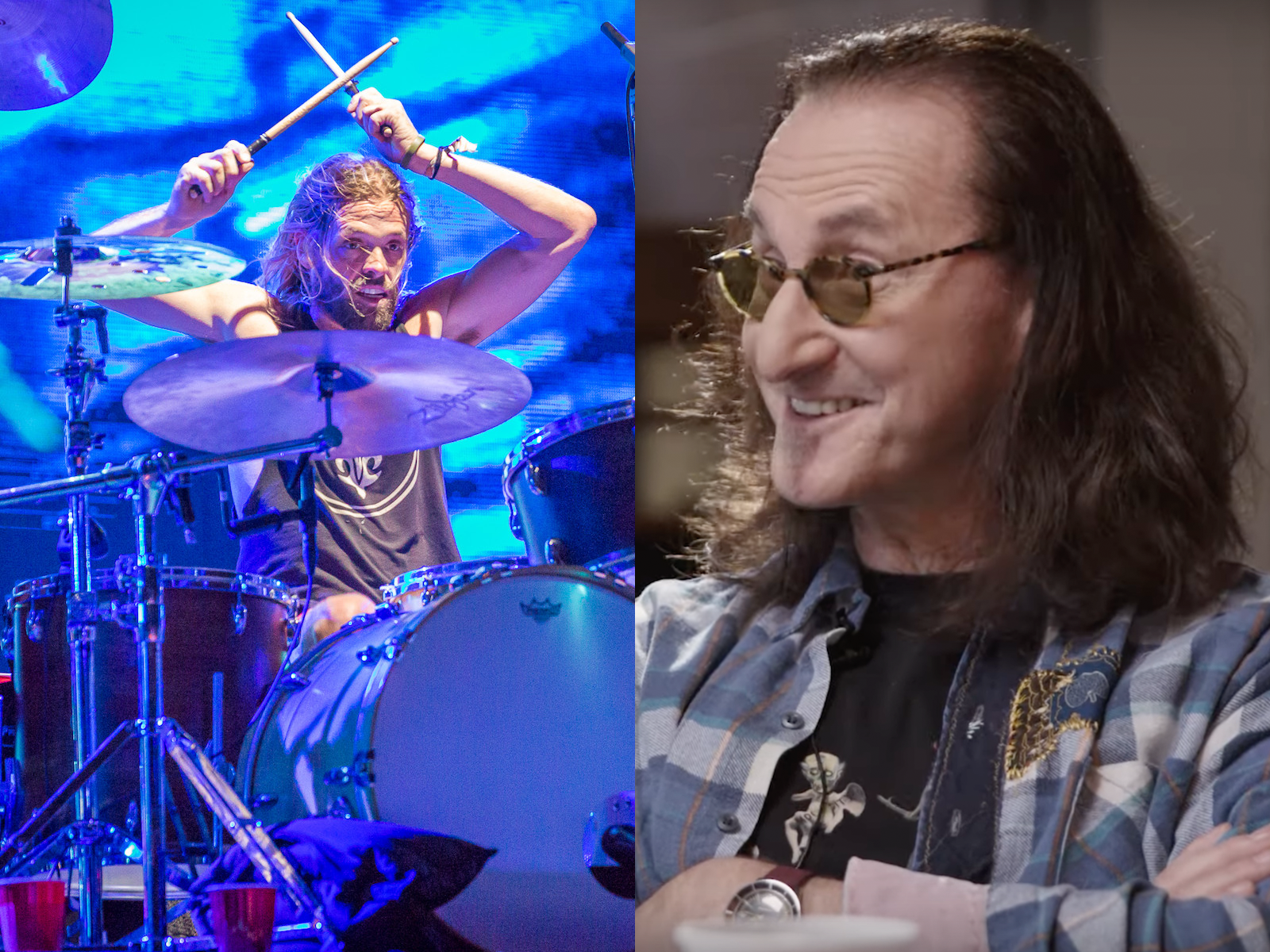 Rush's Alex Lifeson and Geddy Lee recently sat down with George Stroumboulopoulos for an interview with House Of Strombo. Toward the end, Lee touched on the passing of Foo Fighters drummer Taylor Hawkins, who presented the band during their induction into the Rock And Roll Hall Of Fame in 2013.

"Heartbreaking — just heartbreaking. That really broke my heart, his passing. [He was] so full of life. I remember when he presented the [Rock And Roll] Hall Of Fame award to us in 2013 and we came up on stage, he was literally jumping up and down like a two-year-old — he was jumping up and down, he was so happy — and that was him. He was so full of admiration and rock and roll joy juice. And it just seems wrong that he left us."

Foo Fighters recently cancelled all their upcoming tour dates in the wake of Hawkins' death. Hawkins passed away suddenly at 50 years old while the band was touring South America.

In this article: rush, taylor hawkins