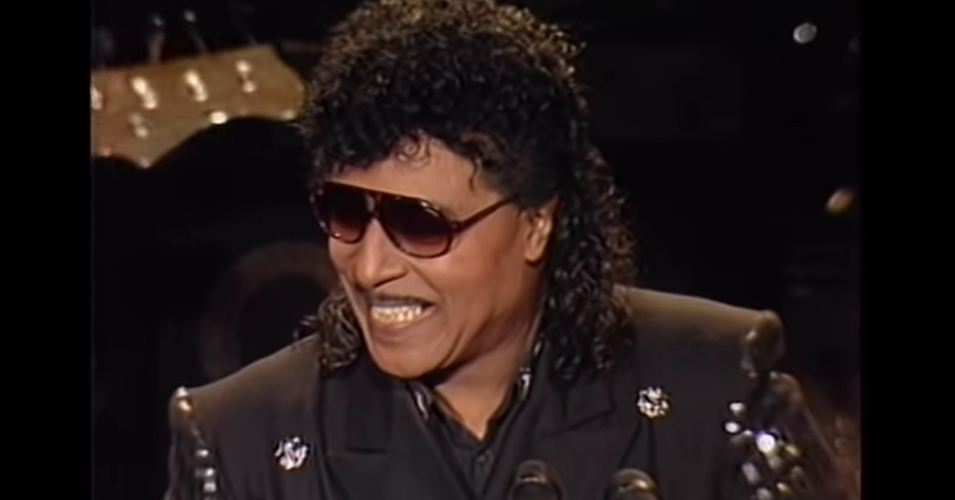 The word legend gets thrown around a lot, but Little Richard is undoubtedly a legend. He died earlier today at 87 years old and the tributes have been pouring in, and it's incredible to see the level of talent throwing compliments his way.

Here's a roundup of some of them…

RIP Little Richard, a very sad loss. My thoughts are with his loved ones.⁣
⁣
It’s Little Richard’s songs that pioneered rock’n’roll. I got to hear him and his band at the Newport Lounge in Miami and boy were they good. ⁣ pic.twitter.com/JXgahhJAfk

I’m so saddened to hear about the passing of Little Richard, he was the biggest inspiration of my early teens and his music still has the same raw electric energy when you play it now as it did when it first shot through the music scene in the mid 50’s. When we were on tour with him I would watch his moves every night and learn from him how to entertain and involve the audience and he was always so generous with advice to me. He contributed so much to popular music. I will miss you Richard, God bless.

Sadly, Little Richard passed away today. A founding Father of Rock And Roll, his contributions simply can’t be overstated. I had the honor of meeting Richard in his later years and was awed by his presence. He told me, “I am the architect of Rock And Roll.” Amen! ..Rest In Peace. https://t.co/ceQuNU6pkF

God bless little Richard one of my all-time musical heroes. Peace and love to all his family. ?✌️?❤️???☮️ pic.twitter.com/H2lzKbX3tm

I’m very sorry to hear about Little Richard. He was there at the beginning and showed us all how to rock and roll. He was a such a great talent and will be missed. Little Richard’s music will last forever.
Love & Mercy, Brian pic.twitter.com/kcak6Rf4Re

RIP Little Richard. The man who invented It. Elvis popularized it. Chuck Berry was the storyteller. Richard embodied the Spirit of RocknRoll. Maureen and I were so honored being the first marriage he conducted. Were lucky to know him. He lives forever in the Underground Garage.

No @ledzeppelin just listen to the intro of “Rock and roll”sounds a bit like “Keep a Knockin”-met #LittleRichard a few times at the Hyatt on sunset, he was vibrant & talkative . He broke down huge walls and influenced many British lads- in turn that came back here to influence us https://t.co/i2nxFNEtlJ

It was an HONOR meeting, performing and having him guest : Elvis Is Dead on @ArsenioHall https://t.co/pjBdSeN1Lc Rest In Power #LittleRichard

Little Richard, Went There. In the face of Segregation & Sexual Conformity. He made it possible for Lady Gaga to scream like the White Woman SHE is. https://t.co/8FFmYk0Xo9

No Jimi, No Beatles No Bowie, No Bolan. NO GLAM, No Freddie, No Prince, No Elton, No Preston No Sly, No Stevie, WITHOUT Little Richard!They DON’T HAPPEN Without HIM BLAZING A TRAIL IN THE DARK in sequence, if he had his SHIRT ON AT ALL, AT THE PIANO, SCREAMING LIKE A WHITE WOMAN

Let's all let out a WOOOO! for a true rock and roll original, Little Richard. https://t.co/8vvGCw2gXo

I grew up on the music of Little Richard. He was one of my fathers favorites and therefore he became one of mine. He was an amazing musician, writer and singer who always delivered a song with an unmatched level of energy and conviction. He was also one of a kind in terms of personality. A true innovator. My dad met him once and Little Richard said to him “I bet you drive all those little girls wild” – true story! We would watch his videos often throughout the years and we loved his spirit. He was definitely a huge influence within The Sweet household. May God bless you Little Richard and rest well? #littlerichard

RIP…HUGE Influence & Inspiration on how I started projecting my voice…HUGE…Still Astonishes Me When I Hear Him Sing…
???
Little Richard Dies At 87 | HuffPost https://t.co/tcgNl1iIu5

I don’t think any speech could top this https://t.co/1y0R0G0sxF

Rip it up, Little Richard. https://t.co/X8ycVawq2V

RIP one of the greatest ever. ?Little Richard, Rock Pioneer Who Broke Musical Barriers, Dead at 87 – Rolling Stone https://t.co/F2XyTgZhbw

RIP To one of the originators of Rock n Roll https://t.co/fv19pIgwYI

Between takes, we all stood quietly while the crew set up the shots. On my right, Billy Preston; on my left, Little Richard. They traded piano riffs, communicating with each other in funky birdsong. Giants. RIP, Little Richard. 2/2

Here’s an interview with Little Richard from back in 1972 (via @BBCArchive) pic.twitter.com/rkDIpcC3xu

In this article: Little Richard

Cinema Fix: Predator (1987) Is The Action/Sci-Fi Bromance Of A Lifetime

We love our metal here at Metal Injection… but we dig movies too! Welcome to Cinema Fix, a movie guide tailored for the metal...