NECROPHOBIC Frontman In Jail For Domestic Abuse Of Wife And Children

Don't expect frontman Tobias Sidegard to be at the next Necrophobic show you attend, as the frontman is currently in a Swedish prison for 18 months on allegations of domestic abuse of his wife and children. This story gets pretty gross.  UPDATE: Tobias is out of prison and vehemently denying all allegations. Here is his statement. Original story as follows: Metal Insider obtained court documents and learned:

In Swedish court documents and police reports obtained by Metal Insider, Sidegard’s wife Linda was interviewed by police describing incidents in which she was beaten by him multiple times and forced into oral sex with him. He also was charged with abuse for beating his daughters Tindra and Nova with a homemade bullwhip. There are other allegations against Sidegard in the court documents. Tindra claimed that when she was younger, her father would lock her and her mother in their room during the day while he slept.

Metal Insider reports that Tobias' defense was he was on amphetamines when hitting his children and that striking them with a bullwhip was him kidding around. I somehow fail to see the humor in that. It gets worse:

The reports paint a different picture for his wife, with a cell phone photo of her with a swollen eye among the evidence presented to the court. He was also accused of stepping on her feet with full force, causing fractures, pain and swelling. In interviews with his previous wife, Anna, she said that in ten years of marriage, he was verbally abusive and was domineering, but he never hit her. After being confronted with the allegations of him beating his children, he threatened suicide.

Metal Insider also got their hands on a cellphone photo taken by Tobias' wife, Linda documenting the abuse of her husband:

At this point, it's safe to say that it's in the band's best interests to move on without Tobias, who won't be out of prison until next year. The band are getting ready to release their new album, Womb of Lilithu on October 29th via Season of Mist. At this time, neither the band or their label have made any official statements. 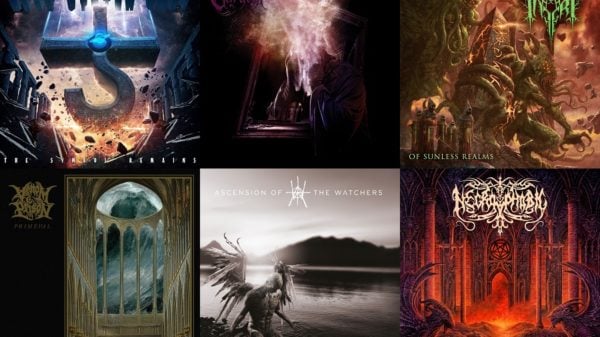 THE WEEKLY INJECTION – New Releases From GARGOYL, ASCENSION OF THE WATCHERS, and More Out Today – 10/9

This week’s new heavy metal releases include a variety of Halloween jams, giving the old school respect, and more!  To the metals... 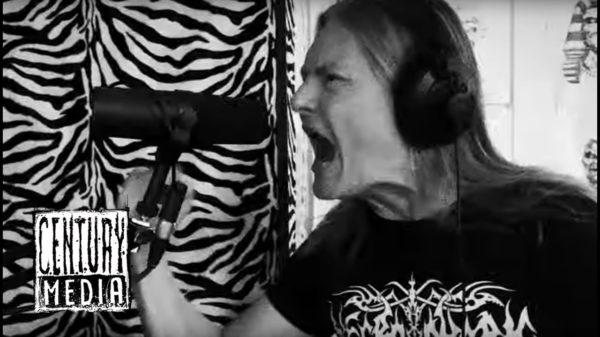 The new album is out October 9.

The Mirror Black 7" is out now.