5 New Bands That Prove Nü-Metal Is Back 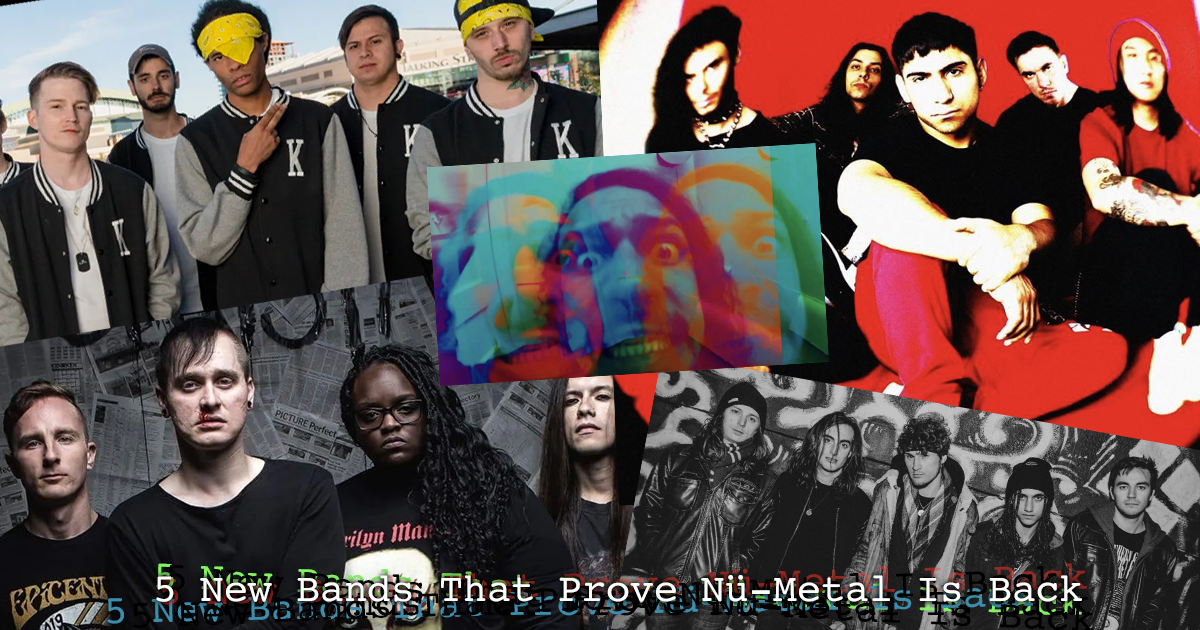 Can you believe that Korn’s self-titled debut album is celebrating it's 26th birthday in 2020? The album is widely considered to be the genesis of nu metal. This style of music was like nothing that came before, combining rapped and screamed vocals with mid-tempo downtuned guitars, arguably laying the foundation for most of the modern metal we listen to today.

While younger metalheads who grew up with nu metal may look back at it fondly, the vast majority of people despised the genre during its time. With controversial personalities like Limp Bizkit’s Fred Durst serving as the genre’s standard-bearers, nu metal was widely considered to be unsophisticated, even sacrilegious music for pissed off adolescents. While there is a grain of truth to this stereotype, there is no denying the genre’s immense influence on the music to follow.

Enter the early to mid 2010’s. All the angry teenagers who grew up listening to nu metal were becoming young adults and putting out music of their own. Naturally, elements of nu metal began seeping into other genres. The prominent metalcore band Of Mice & Men drew heavily from this style in its 2014 album Restoring Force, and Long Island hardcore band Stray From the Path released multiple albums with a nu metal-inspired sound. British scream-rapper Scarlxrd quickly rose to popularity with his hip hop/metal hybrid sound in his music video for “Heart Attack.”

Elements of nu metal have even found their way into the realm of pop music, with artists like Poppy releasing I Disagree in 2019 and British pop artist Rina Sawayama releasing her debut full-length just last April.

By far the most exciting development in this trend, however, is the rise of more explicitly nu metal oriented bands. The metal scene is blowing up with bands that transport you back to the days of blasting Slipknot while playing PS2 in your parents’ basement, but with a contemporary twist. Have a listen:

Building off of what the mid 2010's scream rappers started, Dropout Kings takes the "rap" part of rap metal most seriously out of all the bands listed. They seamlessly mix 808's and impeccable flow with churning drop-tuned breakdowns.

With its powerful mid-tempo anthem "I'm Not Right" receiving 1.3 million+ views on YouTube to date, Tetrarch is gunning for top-tier status in the metal world. Their Black female lead guitarist Diamond Rowe is smashing race and gender stereotypes as well. The self-described "Nu-Core" band is releasing its second full-length album Unstable with Napalm Records on in 2021.

This may have been a blisteringly hot take as recently as 5 years ago, but if nu metal 2.0 is going to be the new direction for metal going forward, I’m honestly pretty stoked.