We sent old-school death metal fan James Zalucky to the NY stop of the Summer Slaughter tour to get an old school fan's perspective on what is mostly a new-school metal tour. The following is his report from the pit, not to be confused with Rob's recap from the pot-laced backstage area.

I went to Summer Slaughter for two reasons: Decapitated (duh) and to check out bands who I didn't know very well. Other than Decapitated, The Red Chord, and Vital Remains, most of the bands were new to me, and I've always thought that the best way to evaluate a band is to see them perform live. There are so many bands out there, and sometimes you're just too busy to listen to all of them, so here was a good chance to make up for it. My buddy Clay, who knew none of the bands at all, came with me to see if he saw anything he liked. For the most part, I'd have to say the night was a success (I'd forgotten how small Irving Plaza was), with some pretty amusing stories attached, which I'll share with you here.

Vital Remains went on first, which kind of confused me. They have seniority over a lot

of the bands on the tour and are obviously well known because of their involvement with Deicide's Glen Benton. (And no of course he wasn't there; when I first saw Vital Remains at New England Metal and Hardcore in 2008, he wasn't there either, probably too busy taking care of his kids and trying to explain away that mark on his forehead). Anyway, they played extremely well, opening with Dechristianize, and closing with a blindingly heavy performance of Hammer Down the Nails. The pit was kind of funny to watch during their set. You basically had death metal kids running in the circle pit while a bunch of guys (with gym shorts on), tried to hardcore dance in the middle…even though Vital Remains doesn't have breakdowns. Anyway, one of them had an Integrity jacket on, so it was cool to chat with him. I still need to grab that new album.

Then came Animals as Leaders, a band I'd never heard of. After listening through the first song, I realized that they were a heavy instrumental group. I really enjoyed them, and to my surprise, so did a lot of the crowd. The three members are extremely talented, especially guitarist and frontman Tosin Abasi. He mixes intricate sweep picking with hard-hitting riffs, all fitting with the equally skillful rhythm section. As entertaining as they were, I would still be interested to hear Abasi's singing voice one day. The guy has a sense of humor too: before playing the last song, he greeted the crowd with a friendly, normal sounding voice and while announcing the last song "this last one is called…", he interrupted himself and while smiling he grunted, "I MEAN, THIS LAST ONE IS CALLED, CAFO!!!". Hysterical.

Carnifex sounded like a pretty standard death-core band, with all the chugging breakdowns and blastbeats associated with the style. Nothing too original here, but the band still performed pretty well. They seemed to have a decent following too, with a good amount of the crowd shouting with them and the expected fist throwing contests in the pit. I heard a few death metal guys complain about it, "I hate hate hardcore dancing, it's so stupid, it really just ruins the fun for everyone else". This can be right some of the time. But with the breakdowns that Carnifex and similar bands play, the sort of thing just comes naturally. As long as there isn't some huge dude purposely throwing his fists into a bunch of young kids who aren't in the pit, it's not really a big deal.

pit Birth was another band I knew virtually nothing about. From their logo I inferred that they were a straightforward death metal act. I was right, and was very happy with what I heard. At one point, the lead signer offered free cd's to fans who managed to crowd surf to the stage. Worth a shot? Sure! I went towards the front and tapped on a few shoulders, was given a boost and I was off on my way!…only to suddenly fall into a small hole in the crowd (oh no!) and nearly hit the floor, until a few people (who were actually paying attention!) pulled me up and went off again until the security guards grabbed me and shuffled me away. I didn't get the CD, but the band was pretty awesome, so I'll pick it up when I get the chance.

Then Cephalic Carnage went on. I have one of their albums on my computer but it had been lost in the shuffle. I regret that now, considering how much I enjoyed their set. They sounded exactly like a death metal band should: an overwhelming rhythm section, cool rapid-fire riffs, and the accompanying cookie-monster vocals, burning through songs like Lucid Interval and Kill for Weed. The lead singer basically talked about weed the entire time, even taking a hit on stage, while grunting out lyrics pining for legalization. I don't care for the ganj myself, but at this point I'm definitely hooked on Cephalic Carnage. Oh, and he also dedicated a song to all of the "chronic masturbators" in the crowd and told everyone to lift up their fingers to show how many times a day they go for it…to which I saw a sea of threes and fours lifted into the air. I can't say I was surprised.

I'd heard a lot about Veil of Maya before and I think I might have seen them at a festival once, but wasn't paying attention. Their new album, Id has received a lot of positive reviews, and from what they played at the show, it seems like they deserved it. The crowd went wild for their older songs like It's not Safe to Swim Today, Sever the Voices, and Entry Level Exit Wounds (what a great title). One thing I liked about the band was the spacey electronic noises they threw into the background. They use them very creatively and this gives them a more memorable sound and edge than most of their death-core contemporaries.

Speaking of outdoing your contemporaries, The Red Chord went on next. I'd been a casual fan for a long time, and although I didn't know them song for song, I always knew that The Red Chord was an awesome band who consistently blew away the flock of technical death-core imitators. At this show, they were actually without their equipment, and had to borrow instruments from the other bands. This situation can hurt a band, as it can be disorienting to play without your own equipment. This however, was not a problem for The Red Chord, as they steamrolled through songs like Black Santa, Nihilist, and Demoralizer. The band also brought their stage manager on and told the crowd about how he had been mugged the previous night in Worcester, Massachusetts. Guy Kozowyk then ordered the crowd to chant his name (Dale! Dale! Dale!) and carry him through the next song. He then told the crowd "If anyone ever tries to mug you…you say to them 'No!'…'I am a man!'" Maybe it's worked for him in the past.

I remembered hearing about All Shall Perish years ago but had never listened to them. After seeing them live, I would put them down as a deathcore band. Every song has a breakdown, but these tend to be moderated by the riffing and soloing the band uses. This was nice to hear, considering most deathcore bands tend to focus on being BROOTAL rather than creative. They played very well and at their breakdowns did sound pretty cool, and I have to say I was impressed by Hernan "Eddie" Hermida's high-pitched screams. He seemed to be able to screech these out effortlessly. I wouldn't say I was 'blown away' by their performance (got to be careful with double-meanings like that), but it was cool to see them.

People had been telling me for a long time that I'd love The Faceless, but for some reason, my buddies back home keep saying that they're terrible live. They must have seen the band on a bad night, because when I saw them, they sounded great. They came across as an effective mix of technical death metal with a bit of metal-core which gave them a good balance between crushing breaks and faster arrangements. I particularly enjoyed The Ancient Covenant off of their latest record, Planetary Duality. After they finished their set I talked with a fan about Vital Remains (and how awesome they were and how they shouldn't have played first) and he made a good point about how Derek "Demon Carcass" Rydquist would sound better if he backed away from the mic just a slight bit. The singer's voice did sound a little muffled in parts, so I would have to agree. Otherwise, I thought The Faceless were very cool.

As I said before, I mainly went to Summer Slaughter too see Decapitated, one of my favorite death metal bands of all

time. I'd been fortunate enough to see them with Covan and Vitek in 2006 when they were supporting Organic Hallucinosis. I was very sad to hear about the bus accident that killed Vitek and left the band incapacitated. I hadn't heard any news about the band in a long time when I heard that they would be on this year's tour. Guitarist and frontman "Vogg" has started from scratch with three new members: Rafał Piotrowski on vocals, Kerim "Krimh" Lechner on drums, and Filip "Heinrich" Hałucha on bass. When they arrived on stage, the atmosphere immediately changed and the band played an awesome set: Winds of Creation, Mother War, Spheres of Madness, A Poem About an Old Prison Man, Day 69, Post (?) Organic, and Visual Delusion. Rafał's voice is well suited to Decapitated, deep and edgy without imitating Covan's throaty growls (he was good with the crowd too, addressing them in a very strong Polish accent). In the middle of the set, a few in the crowd shouted Vitek's name, which soon resonated through the entire venue. Everything about the performance was great: the crowd (the wall of death was fun, and my surfing was more successful this time), the band's stage presence, and their sound. It leaves me very excited to hear what the band will do next.

So there it is, Summer Slaughter 2010. I was very happy to check out some cool bands that I hadn't explored before, and it was great to see Decapitated and Vital Remains again. Of the bands I saw for the first time, I enjoyed Animals as Leaders, Decrepit Birth, Cephalic Carnage, and The Faceless the most. All of them who I'd be excited to see again.

Concert Experience: 8 out of 10

From across their whole discography. 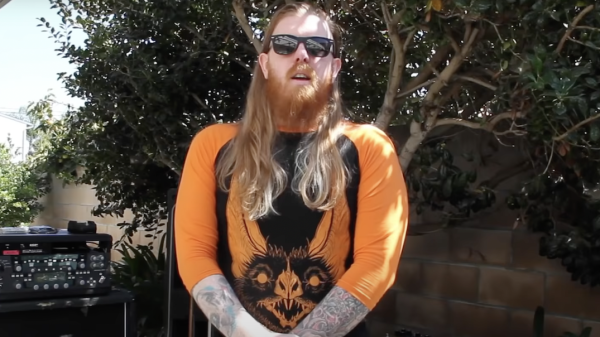 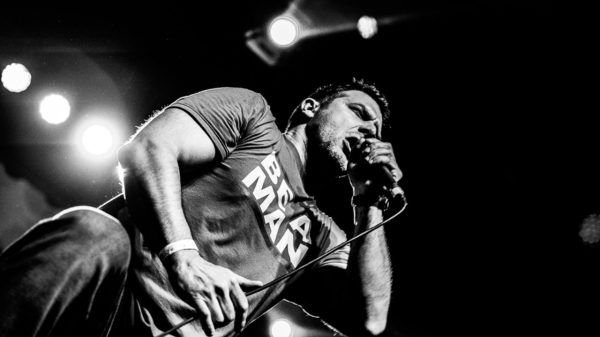